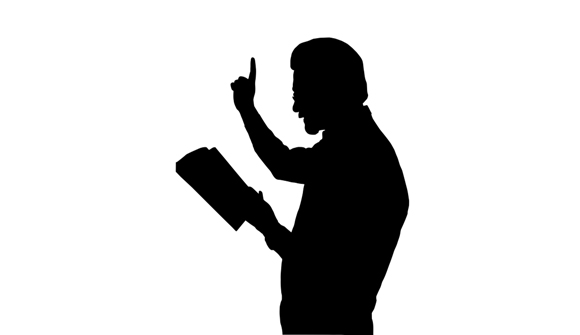 President Barack Obama is heralding his nuclear deal with Iran as "another chapter in the pursuit of a more helpful and more hopeful world." I don't think so. Iran has a history of funding terrorism around the world, and they are Israel's worst enemy. We are alienating our decades-long allies and cozying up to their enemies and ours.

Donald J. Trump was exactly right when he said, "we have four prisoners over there. We should have said 'Let the prisoners out.'" One of these prisoners is our friend Pastor Saeed Abedini, and I haven't heard the names of any of these four U.S. citizens mentioned in the negotiations with Iran. Some are calling this deal a potential death sentence for the State of Israel.

Pray for our Congress that God would give them wisdom as they debate this important agreement. There's a lot at stake here. – Rev. Franklin Graham, Facebook post, July 16, 2015

Rev. Franklin Graham may be a fine preacher and a decent man, but his incoherent view of the Iran nuclear agreement does not enhance his credibility. It does the opposite, exposing him as simply another neoconservative hypocrite.

That Rev. Graham opposes the deal is no surprise. Through years of negotiation, the neocon side made very clear it would accept nothing less than unconditional surrender from Iran. No agreement would have ever satisfied the John McCain/Lindsay Graham GOP wing. To them, the mere attempt to negotiate is unforgiveable weakness.

You might think Rev. Graham (no relation to the senator) would understand forgiveness and reconciliation, since those concepts play a prominent role in his religion. He seems more concerned with defending the modern-day Israeli government under the mistaken belief it has some connection to biblical Israel. Maybe he is unaware that modern Israel has some of the world's most liberal abortion laws. It also denies the divinity of Jesus Christ. Rev. Graham's avid support for Israel is inconsistent with his Christian ministry.

That Rev. Graham approvingly cites the thrice-married, abortion-promoting Donald Trump is also surprising. Trump does have some experience as a negotiator, however. If he thinks the Obama administration should have made prisoner release part of the deal, maybe he is right.

Would it matter, though? No, because Trump is one of those for whom no agreement would have been enough. The prisoners would stay imprisoned under his plan as well, because he would have insisted on total surrender, something Iran would never have done.

We should also note that Iran is by no means the only Middle Eastern nation to oppress Christians and other religious minorities. Saudi Arabia, for instance, doesn't just imprison Christian preachers. It executes them, along with anyone else who dares resist Wahhabi Islam. Rev. Graham is apparently fine with U.S. support for that regime. In fact, by opposing the Iran deal, he is working to make sure anti-Christian Saudi Arabia maintains its regional hegemony.

Rev. Graham says an unnamed "some" call the Iran agreement "a potential death sentence for the state of Israel." How that would work when Israel already has the nuclear weapons Iran is agreeing not to develop is a mystery.

What isn't a mystery is that Rev. Franklin Graham should focus his attention on saving souls, feeding the hungry and helping the sick. God did not anoint him a diplomat – for which we should all be eternally grateful.