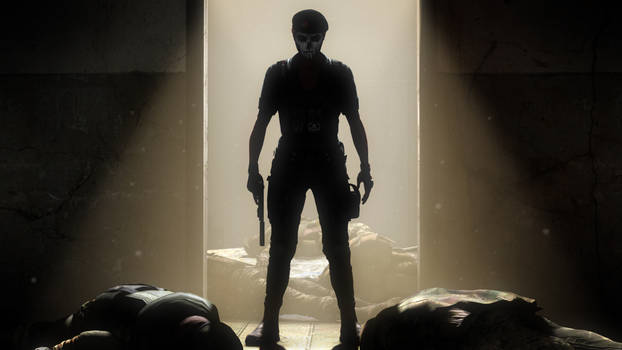 “We have seen a growing threat from those… who ascribe to extremist anti-government and anti-authority ideologies… I have decided to establish a Domestic Terrorism Unit to augment our existing approach – this group of dedicated attorneys will focus on the domestic terrorism threat, helping to ensure that these cases are properly handled and effectively coordinated across DOJ and around the country.”
-Assistant Attorney General Matthew G. Olsen, Jan. 11, 2022

The political landscape is quickly evolving from a civil dispute over policy into an active (but unconventional) warzone.

.@GovKathyHochul on forcing small children to wear facemasks despite no data showing it’s helpful in combatting Covid:
"All the children in the state have been wearing masks since the beginning, it’s not that big a deal" pic.twitter.com/5SNGfcoI3m

Fauci: "I would prefer, and we all would prefer that people would be voluntarily getting vaccinated, but if they're not gonna do that, sometimes you've got to do things that are unpopular, but that clearly supersede individual choices…" pic.twitter.com/yxbOw9cwKw

Does it look like the globalist bureaucrats abide by the Nuremberg Code?

“The severe and often irreparable psychological and physical consequences of solitary confinement and social exclusion are well documented and can range from progressively severe forms of anxiety, stress, and depression to cognitive impairment and suicidal tendencies… This deliberate infliction of severe mental pain or suffering may well amount to psychological torture.”

If civil war is what the power structure insists on, civil war it will be. Even if we wanted to appease the technocrats, what realistic means do we have as average people to deescalate if their sights are set, as they unequivocally publicly state, on war?

The battlefield, though, won’t look like the wars of yesteryear – large formations of uniformed troops shooting and maiming each other.

It will look a lot more like what the Chinese term “unrestricted warfare.” The combat will be asymmetrical, and much of the weapons will be informational/digital, not kinetic.

(The Deep State, with all the capabilities of the $800 billion/year US military at its disposal, enjoys the unquestioned advantage in kinetic capabilities. Storming the US capitol with a ragtag group of guerillas role-playing commandos isn’t going to cut mustard.)

The 10,000-foot view will look something like the Iraqi insurgency against the fully corrupt US-backed government installed in the wake of Saddam Hussein’s deposal.

This is no longer, in the government’s own estimation as we have shown, a civil disagreement. This is literal asymmetric warfare – only instead of bombs and bullets (yet), the killshots have thus far been delivered via subcutaneous needle.

The Bush/Cheney administration attempted to legalize the extrajudicial killing/detainment of US citizens abroad and at home by moving them into a newly-created legal category called “enemy combatant.”

Accordingly, these newly created legal entities called “enemy combatants” were no longer entitled to Constitutional guarantees of due process – i.e., the legal protections that underpin the entire US legal system.

And the Supreme Court upheld the Bush efforts to suspend the Constitution:

“The Supreme Court in 2004 issued three decisions related to the detention of “enemy combatants,” including two that deal with U.S. citizens in military custody on American soil… The decisions affirm the President’s powers to detain “enemy combatants,” including those who are U.S. citizens, as part of the necessary force authorized by Congress after the terrorist attacks of September 11, 2001.”

Given that precedent, now is the time we need to consider applying the same “enemy combatant” label to the lockdown/vaxx agents of state – who reasonably qualify as “terrorists” by conventional definition.

“the systematic use of terror especially as a means of coercion.”

And the accompanying definition of “terror”:

“a state of intense or overwhelming fear” 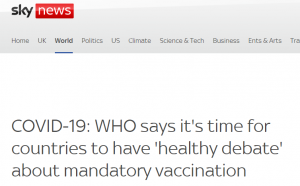 Fauci: "I would prefer, and we all would prefer that people would be voluntarily getting vaccinated, but if they're not gonna do that, sometimes you've got to do things that are unpopular, but that clearly supersede individual choices…" pic.twitter.com/yxbOw9cwKw

The agents of state overseeing the vaxx/lockdown regime are, by any reasonable interpretation of the word, terrorists targeting a civilian population. They have forfeited any claim to normal civil legal consideration.

And never forget: there are far more of us than them. 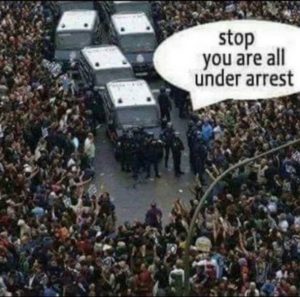 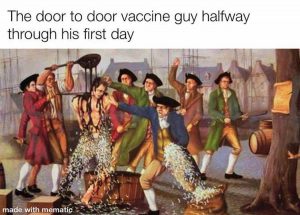 If we, in an act of undeserved mercy, merely ship Fauci off to Gitmo, he should thank his lucky stars. He and his minions have earned a far worse fate.