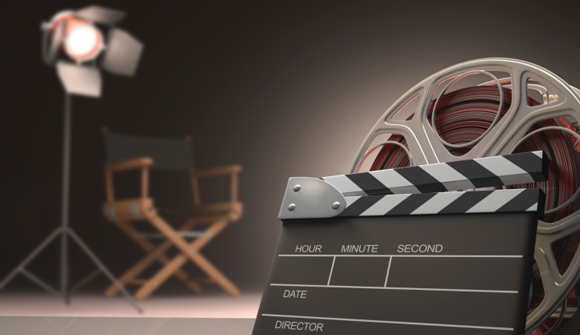 STAFF NEWS & ANALYSIS
On This Atom Bomb Anniversary You’re Being Lied to About Hiroshima – and Much More to Make You Fearful
By Daily Bell Staff - August 06, 2016

Japan marked the 71st anniversary of the atomic bombing of Hiroshima on Saturday by renewing calls for a nuclear weapons free world and urging leaders to follow the example of President Barack Obama and visit the bomb sites.  –Washington Post

It is the anniversary of dropping an atom bomb on Hiroshima. But the Hiroshima narrative is a lie.

We’ve reported at considerable length about how the whatever was dropped on Hiroshima and Nagasaki didn’t have the kind of immediate destructive impact that is portrayed.

Crawford Sams who ran the Atomic Bomb Casualty Commission in Japan had this to say about the bombing of Hiroshima and Nagasaki (Transcript HERE.) :

When the bomb went off, about 2 thousand people out of 250 thousand got killed [in Hiroshima] – by blast, by thermal radiation, or by intense x-ray, gamma radiation … You see, it wasn’t “Bing” like the publicity here [said]: a bomb went off and a city disappeared. No such thing happened. That was the propaganda for deterrent …

When I came back to this country, I was appalled, from a military standpoint, to find that our major planners in the War Department were using their own propaganda, 100 thousand deaths, Bing! …

We’ve reported that a squadron of 66 bombers were launched on August 6th (666) to bomb the municipality of Imabari, even though Imabari. had been bombed already, twice.

This bombing squadron may well have fire-bombed Hiroshima instead, as Hiroshima was not far away.  HERE is a video on the squadron and also a narrative from a book by Edwin Hoyt entitled Inferno, the Firebombing of Japan.

Here is some narrative from a PERTINENT PAGE in the actual book.

“Suddenly,  one day, I was told something unexpected,” Manabe said. “When I was looking at the train timetable, I found that no trains stopped at Imabari station … I wondered why the third largest city in the province had no train service. It  sounded ridiculous.

A third guy stepped up … “It’s not strange at all. There’s no stop because there’s no Imabari City anymore. It got burned up last April in the air raid … No buildings, no houses, no people … The whole city burned up and the people ran away …”

A fellow soldier explained to Manabe. “The air raids came on the 26th of April and the 8th of May. Imabari was burned up. My father was in business there. We had a wholesale draper business. All gone. All burned up.”

The attacks on Hiroshima and Nagasaki were horrible and tragic. But whether they were results of “atom” bombs (certainly in the sense that people understand them today) is at least seriously questionable.

Quoting part of Obama’s speech in Hiroshima in May, Mayor Kazumi Matsui urged countries with nuclear weapons to “have the courage to escape the logic of fear, and pursue a world without them …

“I once again urge the leaders of all nations to visit the A-bombed cities.”  Like Obama’s, he said that such visits “will surely etch the reality of the atomic bombings in each heart.”

Visiting Hiroshima and Nagasaki won’t etch anything into your heart but lies.

And the sickening falsehoods allow politicians a faux rhetorical nobility that they don’t deserve.

Whatever happened at Hiroshima and Nagasaki is nothing like what is being recited today.

Bikini Atoll, where additional atomic bombs were tested following the Hiroshima and Nagasaki attacks, was repopulated by 1968, even though radiation estimates suggested the island would be uninhabitable for a thousand years.

The actual bomb blasts seem to have been faked. Two years ago, the controversial but prolific investigator Miles Mathis – an artist and mathematician – published a debunking HERE entitled, The Bikini Atoll Nuclear Tests were Faked.”

… For more proof, we can go to Google. You can get a picture of the Bikini Atoll today from Google Earth. That’s dated 2013, not 1945. We are told the locals can’t live there now because of radioactivity, but we see at least three proofs against that.

… We see lots of plant life both on and offshore. Radioactivity affects plants just as it .affects animals, so the island should be barren.

Remember, the Bikini Atoll wasn’t said to be blasted by only Able and Baker. It was blasted 23 times, including three of the biggest blasts ever from US testing: the 4.5 megaton Navajo and the 5 megaton Tewa, in 1956; and the 15 megaton Bravo in 1954.

Why would Bikini Island tests have been faked if the bombs dropped on Hiroshima and Nagasaki were real?

Did the US suddenly run out of bombs?

And what about Russia? How did the USSR make nuclear bombs while the Pentagon was faking theirs?

When did the USSR get the “bomb?” And even more importantly, when did the US finally create the weapons of mass destruction that so frighten us today?

When did the Cold War really start? Did both sides know that nuclear weapons were not as powerful as advertised? Or maybe that they didn’t exist at all as described?

Hiroshima and Nagasaki themselves are thriving small cities and there is no appreciable difference in radiation between these two municipalities and other cities in Japan.

Additional issues (See sources at the end of this article.):

The narrative of the bombings was surely shaped just as the Pentagon and its controllers wished for it to be. It was acquiesced to by the Japanese government that had its own reasons for promoting nuclear untruths.

Whatever happened at Hiroshima and Nagasaki has not been accurately reported. In fact, it is probably not too strong to say that what has been reported may constitute (in aggregate) one of the most profound lies of the 20th century.

It calls into question further “truths” about Western society that we live with to this day.

Nuclear weapons are a perfect propaganda for the state.

-Their tests cannot be ascertained at close range because they are too powerful.

-Their inner workings cannot be disseminated because they are “top secret.”

-Their programmatic elements cannot be observed by the normal media because too much information available to the public can stimulate adversarial or even terrorist activity.

Modern Western society is a virtual tissue of lies designed to make you believe you are living in a “civil society” (no, it’s not civil) faced by life-threatening challenges that only Western governments and the shadowy powers behind them can overcome.

The world is not running out of food, nor water. It’s not going to burn to a cinder because the air is clogged with “carbon.”

The economic disasters we face are purely man-made. Absent monopoly central banking, they would not exist.

Now we are facing “radical Islam” – another false narrative put in place by the same banking elite that has tortured the West for centuries.

This follows on the heels of numerous, serial US wars and the obscene, manufactured Hell of World Wars One and Two.

Thanks to information that has emerged from secret recesses (and the patterns they portray), we know more about the Way the World Really Works  than any single group of individuals in recorded history.

Conclusion: It has been a great privilege to live in these unusual times. However, please take note: The reality of the world has revealed a titanic struggle between good and evil. Which side are you on? And just as importantly, what are you going to do about it?

There are other disturbing elements to the Nagasaki and Hiroshima bombings, and if you are interested, you can see more documents calling many elements of the attacks into question HERE.

See information on an alternative theory regarding nuclear weapons HERE:

North Korea Nuclear Tensions Said to Increase – But How Do We Know It’s True? July 28

North Korea Has Missiles, but Does It Have Nuclear Weapons? August 3

How Dangerous, Really? Trump Now Denies Asking Why US Does Not Use Nuclear Weapons August 3