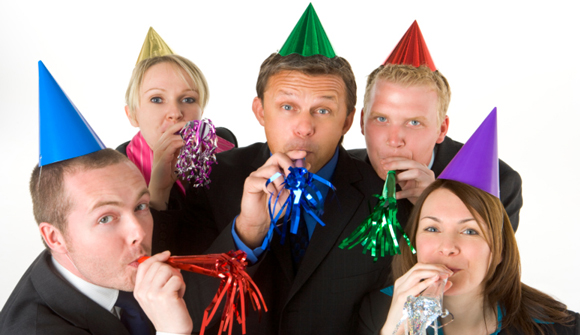 At the IMF Research Conference on November 8, 2013, former Treasury Secretary Larry Summers presented a plan to expand the con game. Summers says that it is not enough merely to give the banks interest free money. More should be done for the banks. Instead of being paid interest on their bank deposits, people should be penalized for keeping their money in banks instead of spending it. – PaulCraigRoberts.org

Dominant Social Theme: It is perfectly reasonable to want to remove money from people's bank accounts for the greater good of a prosperous society.

Free-Market Analysis: This excerpt of an editorial by Paul Craig Roberts shows clearly that our analysis of the long-running public-banking/alternative money promotion was probably correct.

From our humble perspective, these monetary cons were created as monetary promotions to provide additional capital when necessary for whatever devious strategies were necessary.

And now, to ensue that money flows copiously, top bankers are obviously considering negative interest rates. Larry Summers didn't make up that comment. If he mentioned it, it's because it's the subject of discussion.

How do you increase consumer spending, thus contributing to the Wall Street Party about which we've regularly written? Try to increase the velocity of money any way you can. It's a distinctly dubious solution, but that won't stop the top elites from trying.

We've covered this dominant social theme in detail in the past. We've fought against the authoritarian crackpottery coming from the so-called alternative media regarding "usury," national banking and of course mutual and social credit schemes:

Margrit Kennedy and the 'Blue Economy'

Are 'Green' Reciprocal Exchange and Credit Systems Part of a Larger Elite Promotion?

The authoritarian mind has a great attraction to state enforced monetary remedies. Of course, it is true that some faux-proponents of anti-usury alternative currencies try to claim that they can be implemented privately. But even a cursory look at the banking solutions they pro-offer easily reveals they are not what they seem.

Additionally, the proponents of these deeply anti-freedom economic remedies have only one focus when it comes to aggressiveness: They seek to attack free markets and laissez-fair economics.

They want to claim victory over unemployment. They want to prove that their adjustment of economic circumstances is necessary and appropriate. They'll try anything to stay "ahead of the curve."

We were suspicious of bitcoin for similar reasons. Its ascension seems almost predictably … manipulated like an adult fairy tale. Isn't it worth close to US$1,000 now?

There was – and remains – an anti-precious metals angle to bitcoin support. And we were never sold on the dramatic backstory of how the founder of bitcoin dropped its recipe on the Internet and then mysteriously vanished.

Ben Bernanke has basically endorsed the bitcoin concept. Did the powers-that-be first introduce and then popularize bitcoin in order to get ahead of the inevitable expansion of electronic currency? Stranger things have happened …

In the case of reverse-interest money, the promotion seems far longer than bitcoin's few years. It goes back to Silvio Gesell and the modern history of alternative currencies goes back to Greenbacks and proponents of state and federal "public banking" in the 1800s.

And now this long-running propaganda has been updated. Larry Summers and presumably a bevy of other monopoly central bankers are on board, essentially endorsing the crackpottery of Gesell.

It was Gesell who came up with the idea back in the 1930s that government ought to penalize savers by removing a certain part of their wealth every month or so.

This was such an offensive idea that even Gesell's contemporary, Major Douglas – himself the author of numerous economically illiterate theories – called Gesell's ideas an offensive and serious tax.

But now it is back, and perhaps about to be pressed into service on behalf of yet another elite meme: The Wall Street Party.

They want at least one more big blow-off and they'll get it any way they can, even if they have to update their old promotions.