The Second Amendment is one of most fundamental provisions of the Bill of Rights, and one of the most fiercely debated. Since it was first put to paper, legal scholars, gun owners and anti-gun activists have engaged in an endless discussion over the meaning and scope of the Second Amendment, and for most of that time, gun owners have been on the losing side of the argument.

Time and again, the pro- and anti-gun factions of American society have appealed to the Supreme Court, the last judge of the law, for a resolution of their differences. Except in its earliest ruling on the Second Amendment, the Supreme Court held that American citizens had no inherent right to bear arms. According to the highest court in the land, the Second Amendment only protected the states’ right to maintain a militia, not an individual’s right to possess firearms.

It was only in 1925 that the Supreme Court ruled that states had to respect the First Amendment, guaranteeing freedom of speech, press, religion and assembly. It would take nearly another century for the Supreme Court to protect the Second Amendment from the states and to guarantee an individual’s inviolable right to keep and bear arms for hunting and self-defense.

As a gun owner and an American citizen, you have a duty to defend your rights. Simply exercising your right to gun ownership is not enough. It’s also imperative you learn the history of landmark Second Amendment Supreme Court cases that have decided and will continue to decide the scope of our gun rights in the years to come.

For most of its history, the Supreme Court has applied the Bill of Rights selectively to state and local governments, particularly with the Second Amendment.

Even the Supreme Court led by Chief Justice Earl Warren, which incorporated almost all the provisions of the Bill of Rights in the 1960s, largely ignored the Second Amendment. Until very recently, the Supreme Court has ruled that the Second Amendment is not “fundamental” to liberty, unlike the rights to freedom of speech, religion and assembly, which state laws cannot restrict.

From United States v. Cruikshank in 1875 to District of Columbia v. Heller in 2008, the Supreme Court held that states can impose broad restrictions on firearm possession without violating the Constitution or the Bill of Rights. Thanks to the decisions handed down in Columbia v. Heller in 2008 and McDonald v. Chicago in 2010, states are now bound to respect the Second Amendment. Even today, however, firearm possession is not an unlimited right. State and local governments are allowed to restrict and regulate firearms in a “reasonable” manner. 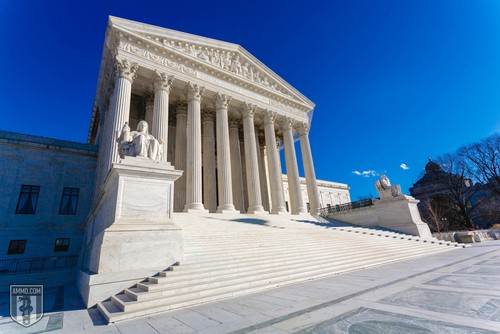 The United States v. Cruikshank was the Second Amendment’s first real test under the incorporation doctrine. For gun owners, Cruikshank marked the start of more than a century of unchecked regulation by the states.

The case arose during a disputed gubernatorial election between Reconstruction Republicans and Democrats in Louisiana. Both the Democratic and Republican candidates for governor claimed victory. President Ulysses S. Grant sent in federal troops to support the Republican government, but Democrats refused to acknowledge their loss.

The state’s nearly all-black militia gathered at the Colfax County courthouse to prevent the Democratic candidates from assuming local offices. Members of the White League, an armed paramilitary group of white Democrats, attacked and killed more than a hundred militiamen, an event which became known as the Colfax County Massacre.

Because state courts would not bring murder charges against whites for killing blacks, federal charges were brought against the White League for violating the black militiamen’s right to bear arms and freely assemble.

The Supreme Court overruled the convictions of Cruikshank and other White League members, arguing that the First and Second Amendments apply only to the federal government, not state or local governments nor individual citizens. The Court wrote that the “Second Amendment has no other effect than to restrict the powers of the National Government.”

In legalese, the Supreme Court ruled that the right to keep and bear arms is an “unincorporated” right, and only Congress was barred from restricting the Second Amendment, not states or individuals. Although states could restrict citizens’ gun rights, they couldn’t outlaw guns altogether. Doing so would deprive the United States of its “well regulated militia.”

The Court held in United States v. Cruikshank that the individual had no inherent Second Amendment rights. For more than a hundred years, this interpretation of the Second Amendment would go largely unchallenged. An individual’s right to bear arms would be left up to the states, to allow or restrict as they deemed fit.

The next major Supreme Court case about the Second Amendment came a decade after United States v. Cruikshank, and supported its conclusion that states had the power to restrict the right to keep and bear arms.

It started in Illinois, where Herman Presser gathered and trained his fellow German-American industrial workers in military drills, maneuvers and tactics. They called themselves the Instruct and Defend Association. Presser wanted to build a militia to oppose the private security firms like Pinkerton that were often hired by employers to break strikes and intimidate workers.

After Presser and four hundred of his fellow militiamen paraded through Chicago armed with rifles, he was arrested and charged with violating the state’s laws against military organizations. Presser argued that the state’s law was unconstitutional, as the Second Amendment granted him the right to form and maintain his own “well regulated” militia.

The Supreme Court affirmed the judgment it had made in the Cruikshank case: the Second Amendment did not apply to the states and so the states were free to regulate or ban private militias and guns in any way they chose.

The Court also interpreted the Second Amendment only to guarantee a state’s right to maintain a “well regulated” militia, but not an individual’s right to bear arms. In other words, outside of service in a state-approved militia, citizens had no inherent, personal or private right to bear arms for the purposes of hunting or self-defense.

Continue Reading The Supreme Court and the Second Amendment: Understanding the Court’s Landmark Decisions at Ammo.com