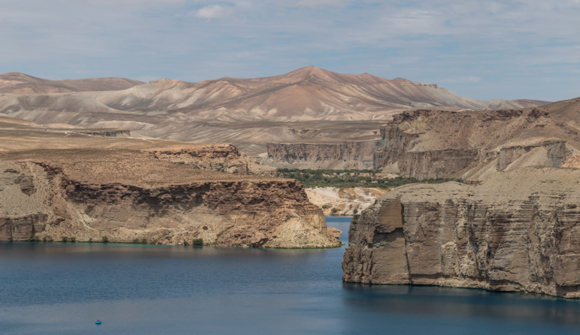 Malinee Wanduragala, a British volunteer worker, wants to see rugby spread to schools across the country Laura Pitel Conjure up an image of an Afghan woman and it is unlikely that the vision will involve her tackling, scrummaging or rucking. Even though the Taliban was forced from power more than a decade ago, many women must still fight for the most basic rights and freedoms. With the help of a British aid worker, however, a group of energetic volunteers has made sporting history by taking part in what is thought to be Afghanistan’s first female rugby session. – UK Independent

Dominant Social Theme: The key to Afghanistan is women’s sports.

Free-Market Analysis: This is an article of the sort that the British mainstream media is peculiarly skilled at producing. These sorts of articles tie together a “just war” with progress being made in various sociopolitical and economic spheres.

The BBC is perhaps the most skilled of all at creating these sorts of wartime human interest stories, but this one in the Independent is not a bad example.

The most favorable attribute a story like this has is that its narrow focus allows for a narrative that doesn’t have to provide a larger frame of reference. The ugly truths about the Afghan War need not be discussed, or not at length anyway.

Malinee Wanduragala, 32, is a keen sportswoman who used to play for the London club Wasps. Posted to Kabul with the Department for International Development (DfID), she teamed up with local sports enthusiasts to arrange a training session on the British embassy’s artificial grass tennis court for about two dozen girls and young women.

… “You see a totally different side of women compared to the image that is portrayed back here,” Ms Wanduragala said. “Some of them were quite bolshie. They were all really noisy as well, and pretty aggressive. But they really got into the spirit of the game.”

Ms. Wanduragala, we learn later in the article, is helping support Britain’s £178m-a-year aid program in Afghanistan. Nonetheless, she is obviously going “above and beyond” with these rugby games.

Ms. Wanduragala seems relentlessy upbeat, telling the Independent that “social views are changing.” In the meantime we learn that the British government itself is considering how it might best support the bourgeoning female rugby movement in Afghanistan.

The Washington Examiner recently posted a story on the ongoing Senate Armed Services Committee hearing regarding the Pentagon’s wasteful spending in Afghanistan.

The U.S. military has wasted at least $54 million in Afghanistan on projects to develop the country’s oil, gas and minerals industries that didn’t yield any significant successes … The Pentagon has spent $488 million since 2009 to help Afghans take advantage of the wealth of natural resources in their country that could generate revenue for the government.

The Pentagon was last in the news regarding Afghanistan for spending $150 million on posh villas for employees. There was also a $43 million gas station. These are outward manifestations of a larger, troublesome corruption that underlies the prosecution of the war.

It is estimated that Afghanistan has more than a trillion dollars in easily extractible resources, but the mine registration process is so unwieldy that at least 1,400 mines operate illegally while only about 300 are registered and pay appropriate taxes.

The security situation remains very dangerous and this contributes to the inability of the Afghan state to create a modern society.

In fact, neither article deals with the most significant issues facing the current occupation of Afghanistan, which is its occupier’s insane determination to Westernize it.

This can be seen in efforts to introduce rugby and also to create a licensed mining industry in a country which has little usable infrastructure and a big problem with insurgent mining where roads and bridges do exist.

It’s been estimated that the Afghan War has cost the US alone some $1 trillion. And that likely does not include the long-term care for the many maimed vets who have returned from Afghanistan missing limbs and cognitive facilities.

Any overt public support for the Afghan War has surely evaporated but the insistence on prosecuting it, supported by the political and military classes, continues.

The divergence between the public’s indifference or even hostility and the fervent determination of the war’s professional supporters is yet more evidence of a growing divide between the military and civilians.

At some point this divide is likely to manifest itself in even more dangerous ways.