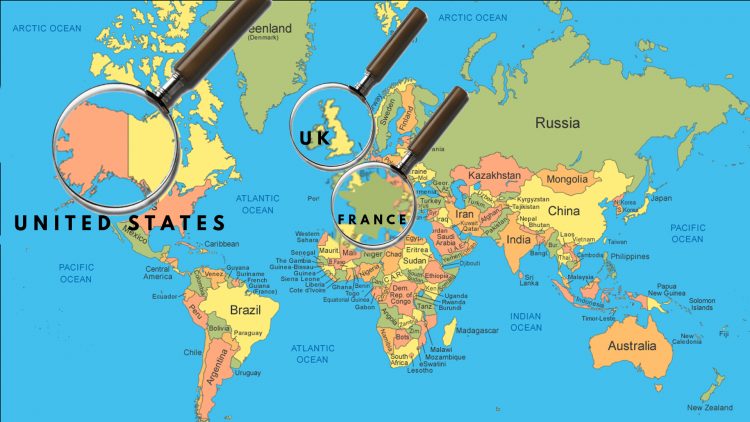 STAFF NEWS & ANALYSIS, Videos
The beacon of freedom shifts— but it does not disappear
By Joe Jarvis - November 01, 2021

When she came to the throne in 1558 at the age of 26, Queen Elizabeth I inherited a kingdom full of problems.

Foreign wars and financial mismanagement had left England heavily in debt, with an inflating currency, and high unemployment.

Her councilors advised that the easiest way to tackle the unemployment problem was to simply make it illegal to be unemployed! And so, in 1563, Elizabeth decreed the Statute of Apprentices— one of the most freedom-killing laws of the feudal age.

The Queen’s new law required every worker in the kingdom to go through seven years of apprenticeship, regardless of the job. Whether training to be a doctor or a stable-boy, you had to study under a master for seven years.

Authorities could assign the lower classes to whatever job they wished, and a peasant could be whipped or jailed for quitting a job without permission from a noble.

During harvest season, everyone under 60 could be pressed into the service of the agricultural industry.

And no one was allowed to leave town without permission of the local authorities.

On top of this, Elizabeth passed sumptuary laws, regulating how people could dress, and what they could buy.

For example, to stimulate the English wool industry, all men over 6 years old, except nobility, were forced to wear a woolen flat cap. Violators would be fined daily.

Hundreds of crimes carried the death penalty, including heresy and stealing hawks, not to mention the public maiming and disfigurement for less serious offenses.

Elizabeth once cut off the right hand of a man named John Stubbs for writing a political pamphlet which cast her in a bad light. But even as his hand lay severed and bloody before him, Stubbs still managed to cheer, “God save the queen!” before he passed out.

Unsurprisingly , these measures did not solve England’s problems, and only further impoverished the population.

Over the next several decades, in fact, inflation outpaced wage growth by a margin of 5 to 1, making everyone less prosperous with each passing year.

Most of Europe imposed similar ‘people controls’, stifling individuals’  ability to be free and make their own decisions.

The exception, at the time, was France.

France positioned itself as a beacon of freedom for people fed up with tyranny, poverty, and servitude.

And as a result, France’s economy boomed.

Simply by leaving people alone— and in some cases extending tax breaks and religious freedom— the French economy flourished as productive people relocated.

This led to vast wealth for the country and major tax revenue for the French crown.

Eventually, however, King Louis XIV came to power in France and ruined all the prosperity with endless wars, egomaniacal regulation, enormous debts, and inflation.

It was a slow burn. But by the end of the 1700s, France was economically devastated and at war with itself while the ruling elite beheaded its political opponents.

Yet once again the beacon of freedom shifted.

By the 1800s, the UK was back on top as Victorian England became the economic power center of the industrial revolution that attracted people from all over Europe.

Eventually the US took the torch, and carried the beacon of freedom through the 20th century.

But now, it’s becoming quite obvious that freedom in the US is in decline.

I’m not saying the US is becoming North Korea, but relative to the way things used to be, it is a lot less free.

For example, you can’t simply state a well-informed scientific opinion on big tech platforms anymore. You will be “fact checked” and silenced when Twitter or YouTube settles the science for everyone.

It’s now racist to teach kids that 2+2=4. Actual public education has been entirely abandoned in favor of woke indoctrination.

And then there is the massive loss of freedom from Covid-19 lockdowns. The precedent has been set that the government can place millions of citizens on house arrest indefinitely, as long as there is a crisis.

The contrast from just two years ago is shocking. Lockdowns and quarantine for millions of healthy people was unheard of. It wasn’t normal to burn and loot cities in the name of social justice.

Congress has introduced tax hikes which retroactively take more freedom, and go back in time to steal more money from you.

And with every book they ban, person they cancel, public health order they issue, and stimulus check they send, these people are only emboldened. They think that nothing can stop them now.

This is frankly a pretty scary situation to be in based on the momentum that has gathered, and where it is taking us.

This is quite obviously not the path to prosperity, historically speaking.

Yes, it can be terrifying, but the world is not coming to an end. The beacon of freedom is simply shifting.

America may not always be the pinnacle of the free world— but there will always be freedom somewhere.

You have to have the confidence in yourself that you can use the many tools available to take back control of your life, freedom, and prosperity.

All it takes is the right information, and the will to act.

Right now, the will to act is more important than ever.

You should never act emotionally and rush into big decisions.

But now is not the to procrastinate.