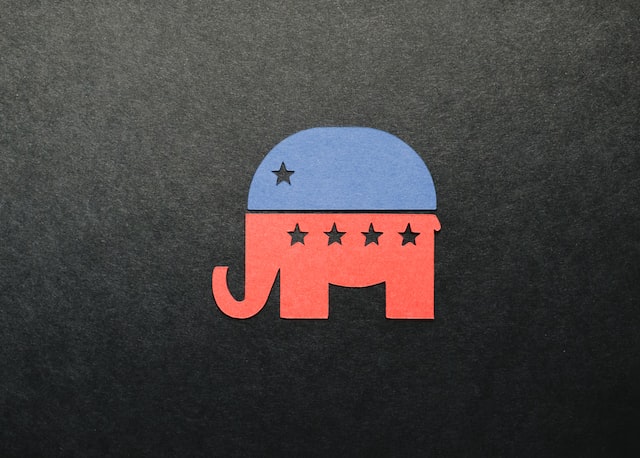 I want the populist right to prevail because the Democrats are now nothing but puppets of the WEF-run multinational corporate state. Prevailing is not what the right is currently doing.

The autopsies begin. If you’re into mindless GOP cheerleading, go feast your eyes on Sean Hannity. Real leaders don’t make excuses for failures; they own up to their shortcomings to ensure victory next time.

There’s a lot of speculation, understandably, about the nuanced reasons that the GOP’s much-vaunted Red Wave. Did Trump’s preferred candidates stray too far into crazytown? Did the Democrat campaigning on abortion make up the difference? Was election rigging in blue jurisdictions a factor?

These issues are worth exploring.

But the core problem – which predated Trump and enabled his rise in the first place as an anti-establishment firebrand – is that the GOP lost because it sucks. And it sucks hard.

The GOP excels admirably at throwing red meat to its base. That’s not a problem. The base isn’t going anywhere. Where it fails miserably is inspiring normies – the ones who don’t follow politics religiously and more or less just want to live decent lives.

People want to be inspired – genuinely so. 1990s-style power-thumb scripted inspiration of the Daddy Bush/Clinton era doesn’t cut it anymore. Normal people have grown to hate normal politicians, as they should. In the absence of legitimate inspiration, apathy takes over. 50% of Americans don’t vote – yet somehow the parties never seem to invest any sincere effort into attracting them.

Trump succeeded in 2016 against all odds because he delivered a message of inspiration, in his own way, that contrasted starkly with Hillary Clinton, the perfect emblem of Washington rot. He promised to onshore jobs lost to NAFTA and GATT and the TPP. He promised to #draintheswamp, which presumably meant running out the DC creatures that have infested that city for decades now.

He was bold enough to buck party orthodoxy and even challenge Wall St. criminals that enjoyed virtual immunity from both parties for decades, even after they ran the economy into the ground in 2008.

“Wall Street hates him because he is a class traitor. He has bought into the populist rhetoric that Wall Street is greedy and makes too much money…He sounds more anti-Wall Street than Elizabeth Warren.”

In the totality of his political rhetoric in 2015-16, he looked poised to dismantle the corrupt political establishment that had enjoyed a stranglehold on American culture and economy for far too long. Voters loved it, even in spite of his rather unsavory personality traits and behavior.

Now look at him – whining about getting credit for midterm victories and not wanting blame for losses.

This is total beta nonsense that no real man would ever respect. There is no vision there. Just pure bloated ego.

Maybe some degree of election fraud benefited Democrat candidates. Maybe not. Either way, the 2022 midterms should’ve been a total blowout.

The head of the party is a lifeless corpse powered by amphetamines and hollow talking points.

Inflation marches forward at record rates. The cities are crime-ridden cesspools. Every other day, another old lady gets dropkicked onto subway train tracks in New York. The COVID narratives the incumbent party used to destroy civil liberties for two and a half years are collapsing in real-time.

The Republicans had a lot in the way of righteous criticism of the status quo, and woefully little in the way of an affirmative vision to steer the Titanic away from the iceberg.

No decent candidate could possibly have lost to John Fetterman, the Senate candidate/stroke victim who can’t formulate a sentence. The guy literally started the one and only debate he participated with “Hi, goodnight, everyone.”

The celebrity TV doctor’s loss in the PA Senate race isn’t a testament to Fetterman’s perseverance or whatever narrative the corporate media is gaslighting viewers with now. Rather, it is a brutal indictment of the GOP. A ham sandwich should have won again Fetterman. Instead, the US Congress is getting its first literally clinically impaired member.

Yes, the Democrat Party has every institutional advantage. The corporate media has been partisan for decades now. The Deep State openly bragged about assisting Biden in the last election and surely did so again in 2022.

Yet it’s so disconnected from the average person, so obviously ensconced in an incestuous, elitist DC/Manhattan/Hollywood bubble, that those institutional advantages shouldn’t be nearly enough to overcome its lack of appeal to voters.

Doubtless, GOP party faithful will take this criticism as tacit endorsement of the Democrat Party because we live in an artificial binary political world infected with rank tribalism.

The donor/owners who fund both political parties don’t care about fixing any problems. They keep their prostitutes/politicians on very short leashes regarding what remedies they are allowed to offer. Debate is confined to narrow, vapid windows.

So, instead of offering any real vision of a way forward out of neoliberal technocratic hell, GOP candidates are relegated to repeating vague talking points about inflation and crime without offering any real solutions.

This cycle, they offered voters nothing to believe in. They inspired no one. Voters rewarded their mediocrity with mediocre Election Day performances.

Whether the party truly learns any lessons, throws off the donor-class albatross around its neck, embraces truly attractive populist elements, and rights the ship for the next election cycle remains to be seen. But, for sure, if that decision is left up to the likes of the likes of McConnell and McCarthy, nothing much will change.