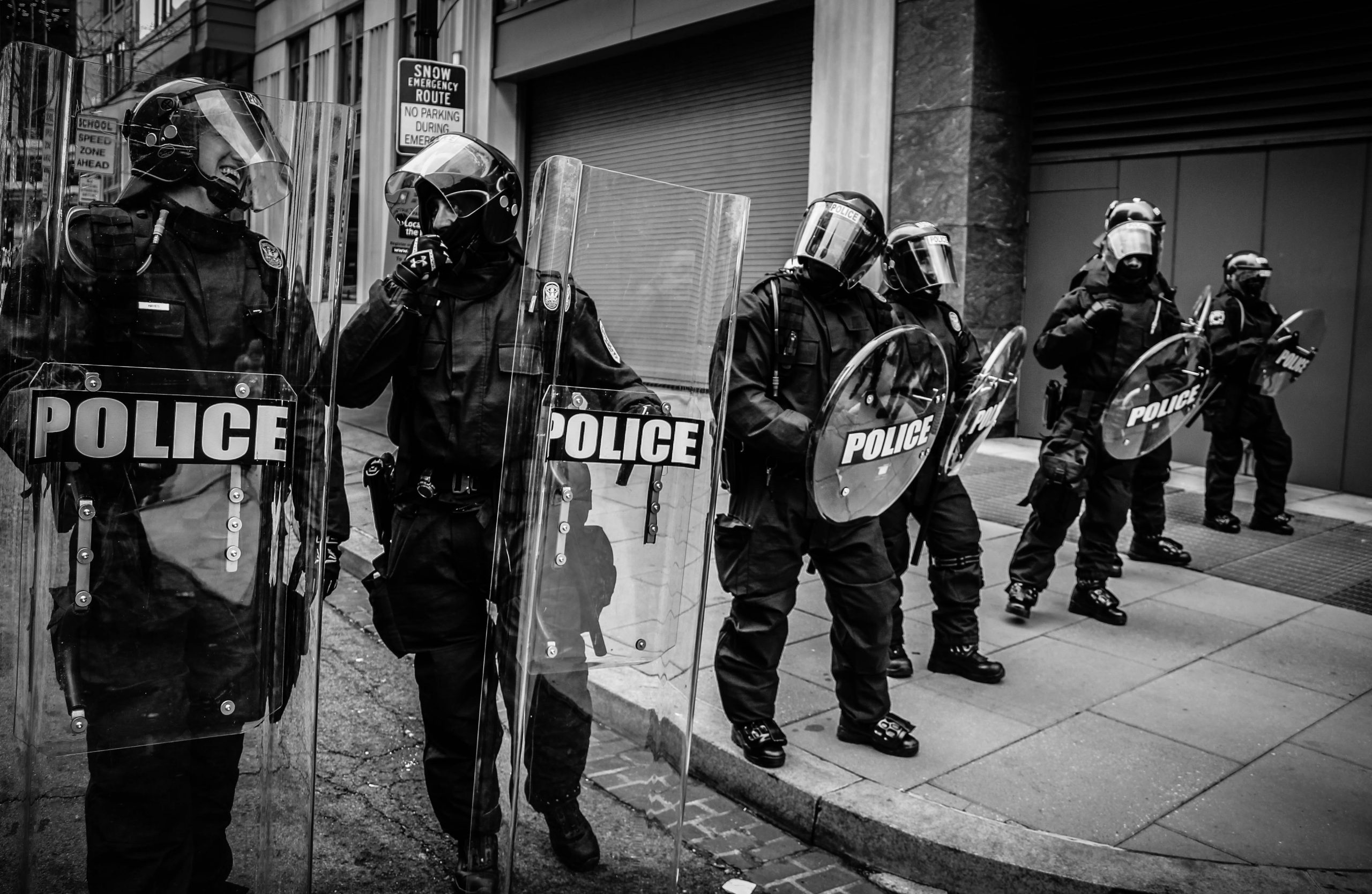 Policing has come a long way since the days of good ole boy Barney Fife.

Once upon a time, cops were tasked primarily with things like catching murderers and rapists and protecting property.

They were always used, of course, whenever necessary, to protect state interests – but, then again, the state’s interests weren’t always so obviously nefarious and illegitimate as they are today.

As a result of the this process, peculiar new breeds of law enforcement – Public Health© officers and green police – have sprung up throughout the West.

The basic premise of securitization theory in political science is that, given the opportunity, a state will endlessly concoct new security “threats” as a justification to exercise greater power outside of the constraints of the normal political process:

“Securitisation theory shows us that national security policy is not a natural given, but carefully designated by politicians and decision-makers. According to securitisation theory, political issues are constituted as extreme security issues to be dealt with urgently when they have been labelled as ‘dangerous’… by a ‘securitising actor’ who has the social and institutional power to move the issue ‘beyond politics’.”

The threats change, but whether “domestic terrorism,” COVID-19, or climate change, the process largely remains the same.

Once you download the blueprint for the securitization process, analyzing the state’s actions in real-time becomes as easy as reading lines off a script.

COVID-19 gets reframed as a ‘national security issue’

The average pre-9/11 American wouldn’t have believed that a trumped-up flu could ever be conceived as a “national security threat.”

But, 9/11 changed everything. Securitization became routine.

“COVID-19 is the greatest threat to the United States to materialize in over a century. To put it into perspective, World War II, which many consider to have been an existential threat, claimed an average of 9,000 American lives per month… And when the safety of the nation is endangered, the situation becomes a matter of national security and it should be treated as such. “

America used to go to war with Nazis; now it goes to war against microbes and climate.

The rise of the Public Health© officer

This miserable creature is here to ensure you take your shots, wear your mask, and, most importantly, shut your mouth.

He is granted full enforcement power and broad jurisdiction to enforce Public Health© orders, such as:

(*Somehow, “self-quarantine” is both voluntary and enforceable by a Public Health© officer if you won’t do it yourself.)

Here’s one in action:

This is frightening and this is what Canada has become. pic.twitter.com/wKOL8YZBlk

Here, the masked, portly Canadian Public Health© officer detains a pair of overpolite Canadian travelers, confiscates their passports and demands proof of vaccination for “noncompliance” with COVID protocols. He cites the broad power granted in the Canadian Quarantine Act as the source of his authority.

Is the robot police dog here with a mounted RPG for the vaxxed, or unvaxxed?

“Science provided possibility of liberation but science itself is not liberator

When ideals of humanity are war & conquest, tools become as dangerous as razor in hands of child

Fate of humanity is entirely dependent upon its moral development”

A.) The corporate state controls the police.

B.) The corporate state – from Australia to Canada to Great Britain — insists on vaccine mandates and have enforced draconian lockdowns for years.

ENGLAND: Police set an attack dog on a protester IN Newcastle at the anti-covid passport protest over the weekend. pic.twitter.com/EdV6OcvZ5l

Seems like a recipe for more of the same, just with robots instead of Rover.

How long until the RPG dog gets sicced on you?

“Gérald Darmanin, who serves as France’s Minister of the Interior, has announced that he aims to create 3,000 posts for new ‘green police’ officials, a move that he has deemed necessary in the face to tackle climate change.”

“Just following orders” is the oldest, lamest excuse for government goons to excuse their aberrant behavior – one that didn’t save the Nazi camp guards at Nuremberg, and won’t this time either if we don’t allow it.

We’re long overdue for Nuremberg II, which should be a pillar of every opposition candidate’s platform.

As for individual action, get free with the parallel economy.