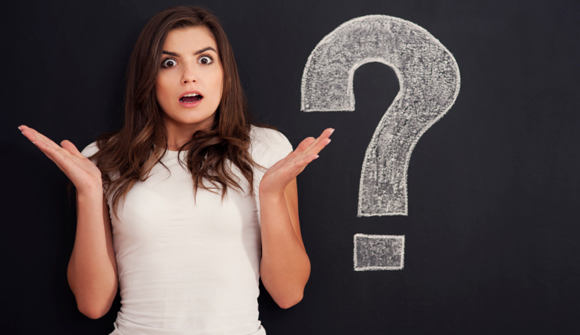 U.K. inflation unexpectedly slowed in December, cooling to the Bank of England's 2 percent target for the first time in more than four years. Consumer-price growth eased from 2.1 percent in November, the Office for National Statistics said today in London. The median of 32 estimates in a Bloomberg News survey was for it to remain unchanged. Downward pressure from food prices including fruit and meat offset an upward effect from electricity, gas and petrol costs. Cooling inflation may allow BOE Governor Mark Carney to keep interest rates at a record low for longer to help the recovery build momentum. – Bloomberg

Free-Market Analysis: We've been analyzing the Wall Street Party for a long time and showing how things are falling into place to drive the stock market much higher.

This article is just one more sign of what's in store.

We've explained how the JOBS Act is filling the pipeline with phony "green" IPOs, how fracking is providing analysts with a good oil and gas story, how money printing continues non-stop and, of course, how two of the most important central bankers of the world happen to be certified doves.

As doves, these two top bankers, Mark Carney and Janet Yellen, are getting ready to continue monetary stimulation, which, in turn, feeds securities markets. While markets may be volatile, the chances of stock markets crashing fundamentally while the money spigots are turned on are questionable, at least in the short term.

And now, just to make sure there can be no doubts regarding investing, the British Office for National Statistics is explaining in triumphant tones that inflation is "cooling." See more here:

The central bank forecast in November that inflation would average 2.2 percent in the fourth quarter. The BOE, which said it won't consider increasing the key rate from 0.5 percent until unemployment falls to 7 percent, will publish new forecasts on Feb. 12.

"The return to the target will allow the Bank of England to promote with renewed confidence their message that rates are on hold for a long time to come in the face of the unemployment rate falling faster than expected," said Sam Hill, an economist at RBC Capital Markets in London.

… "It's welcome news that inflation is down and on target," Prime Minister David Cameron said in a post on Twitter. "As the economy grows and jobs are created this means more security," he wrote.

While inflation is cooling, subdued wage growth means households remain under pressure. As the U.K. economy strengthens, opposition Labour Party leader Ed Miliband is focusing on the cost of living before the election in May 2015.

"This small fall in the inflation rate is welcome, but with prices still rising more than twice as fast as wages the cost-of-living crisis continues," Catherine McKinnell, a Labour economy spokeswoman, said in an e-mail. '

… "Inflation looks set to ease gradually," said Samuel Tombs, an economist at Capital Economics Ltd. in London. "This will help real wages to finally recover and should enable the Monetary Policy Committee to leave interest rates on hold this year even if unemployment falls below the 7 percent threshold used for its forward guidance."

You can see the promotional effort ramping up. And it's one that is well honed and goes back to the infiltration of Keynes's theories into academic programs. It is Keynes's wretched theories that allow mainstream journalism – and the financial spokespeople that fuel it – to make the argument that inflation is higher prices.

In fact, of course, inflation has to do with what happens to the money supply when you expand it. And monopoly central banking constantly expands currency. Since bankers don't know how much is too much, they almost always err on the side of overprinting.

The money is funneled through commercial banks and finds its way into various kinds of investable assets such as housing and, of course, stocks.

This article is also notable for its confirmation of Carney as a competent head of the Bank of England.

We've been writing about that for a while. The public relations campaign around Carney is subdued but significant. Here are articles on the subject:

Genius of Carney, Deterioration of a Meme

A Better Idea for Carney

Ascension of Central Banker Carney Continues to Instruct Us

Carney Gets Ready to Blow Up the World

In "Carney Gets Ready to Blow Up the World," we showed clearly that Carney was going to step outside the stimulative confines of previous policy. We pointed to a Financial Times article, as follows:

Under Lord King, its former governor, the BoE gained a reputation for taking an almost Victorian attitude to imperilled banks – with its reaction to the crisis surrounding failed Northern Rock in 2007 proving to be particularly sluggish … Today, a new regime has arrived. Central banks need to "keep up" with financial market developments, Mr Carney said at a Financial Times event. The BoE is rolling up its sleeves and doing what is necessary to keep the banking sector humming – in both the normal course of business and in crisis conditions.

… The terms on which the BoE will engage with the private banking sector will be significantly eased under the new governor's framework. Banks will be able to borrow against a broader range of collateral, including portfolios of loans, for longer periods of time and in exchange for fees that in some cases will be halved. "Banks can be confident that, when they want to use our facilities, they will be allowed to access them," the governor said.

What Carney said – bluntly, in fact – was that the BOE would recognize a variety of collateral that banks could utilize to expand their loan portfolio. Perhaps we can look for similar policies when Yellen gains power.

In the meantime, be sure that on both sides of the pond there will be no massive spike in observable price inflation to spoil the Wall Street Party that is planned.

Of course, price inflation is quite high both in the US and Britain. But that reality won't find its way into the mainstream press.

Not when there's a "party" to organize.