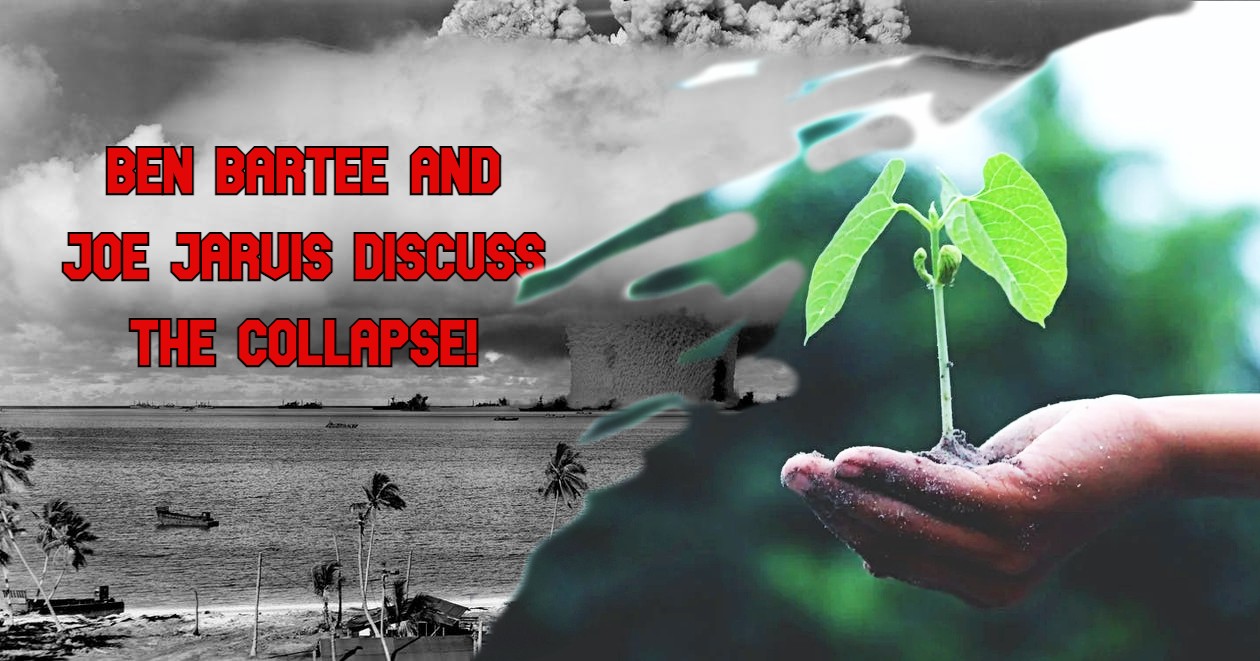 STAFF NEWS & ANALYSIS, Videos
What will the collapse look like? Could it Be a Good Thing?
By Joe Jarvis - October 07, 2022

There will be some type of “collapse”– monetary, government, societal. There always has been always will be.

The real questions are what it will look like, and when.

We published a recent article from some academics’ side research, and they paint a pretty bleak picture: Collapse Won’t Just Reset Society, It Will Destroy It. It mostly focused around nuclear disaster, which makes sense.

Or is it more likely to be a controlled demolition from elites to preserve their lifestyle without nuclear winter? The Great Reset…

Ten years ago, I was full zombie apocalypse, new dark ages, total collapse. Now, I separate between if there is even anything I can do about it. Nuclear holocaust? I don’t really think about it, because there’s not much I can do…

Other than what I am doing for the other, in my opinion more likely, and less extreme collapse scenarios.

Peter Zeihan’s book The End of the World is Just the Beginning (Amazon affiliate link), is about what happens to the world when global trade is prohibitively expensive because the US is no longer global dominant empire. Geopolitically, he argues the Americas will be the best place to be.

But there is another way to think about a collapse.

What if all the worst things about society collapse, and what’s left is actually pretty great?

The best preparations might be enabling yourself to weather the storm and “wait out” the collapse like a siege. That might be considered a robust plan, and I’d think a bunker mentality.

Even better, perhaps, is the antifragile plan to gain from disorder. An opportunity to get rich, not by preying on people, but helping them transition to a new world.

And you can start now by participating in the Parallel Economy.

You can check out my Locals community dedicated to the Parallel Economy here.

Or enter your email below for a free resource on how to start making money in the Parallel Economy, by helping people transition away from corrupt and collapsing institutions.