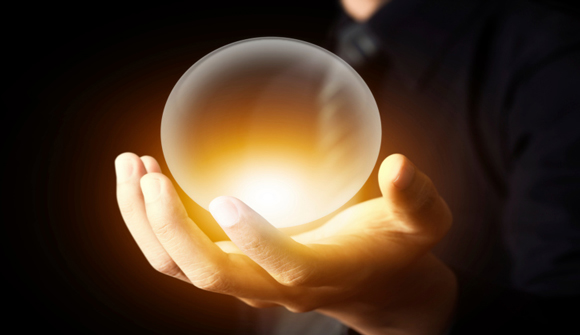 STAFF NEWS & ANALYSIS
Why it’s time to be optimistic about the future
By Simon Black - January 10, 2023

Around 23,000 years ago on the southwestern shores of the Sea of Galilee, a small paleolithic tribe of hunter-gatherers made an incredible discovery that would forever alter the course of human history.

They realized that, instead of relying on fishing, hunting, and foraging for edible plants, they could actually grow their own food, right out of the ground.

We know this happened because archaeologists have uncovered roughly 90,000 seeds from the site– including different species of barley, various nuts (almonds, pistachios) and fruits (raspberries, figs).

More strikingly, the remains of several small dwellings have been excavated. And a number of stone tools were found on the site, including a grinding stone and several flint blades and sickles.

These findings are clear evidence that the tribe most likely lived on this ancient farm where they planted, harvested, processed, and consumed their own food, making it the world’s first known agricultural settlement.

That was a pivotal moment in human history.

Prior to the development of agriculture, human beings roamed from place to place constantly in search of food. But agriculture meant that, for the first time ever, our ancestors could put down roots and build a real civilization. Permanent construction. Institutions. Structure. Economic activity.

In the paleolithic era prior to agriculture, hunting and gathering food typically required the participation of nearly everyone in the tribe.

But after the development of agriculture and improvement of growing techniques, it only took a few people to grow enough food to feed the rest of the tribe. Everyone else was able to devote their time to other value-creating endeavors, like research, education, construction, defense, etc.

They learned how to store their surplus food production, to create savings and security for the future… as well as to trade with other tribes.

Agriculture also gave them the ability to grow industrial commodities, like cotton, papyrus, and medicinal flowers, which helped create new industries and technologies like writing, textiles, and healthcare.

Eventually their agricultural production grew to such an extent that small settlements like the one near the Sea of Galilee turned into villages, villages into towns, and towns into cities.

It’s difficult to overstate the importance of this development; nearly everything that we enjoy today begins with our ancestors coming out of their caves and planting the seeds of civilization.

For ancient civilizations, agriculture was wealth. Precious metals were well-known to them, but these people understood very well that you couldn’t eat gold and you couldn’t clothe yourself in silver. Gold and silver were simply a medium of exchange used to trade agricultural commodities… but the actual ‘wealth’ was the agriculture itself.

This is one of the common elements of the most advanced civilizations in early history– the Sumerians, Egyptians, Yangshao, Indus peoples, etc. were all extremely prolific agriculture producers. They recognized that their success depended on their ability to efficiently grow and produce highly-valued products… AND to produce far more than they could consume.

This is what it meant to be ‘wealthy’ in the ancient world, and it remained that way for thousands of years.

(There were obviously many civilizations and kingdoms who attempted to grow wealthier by conquering others. But the basic motivation was the same: conquering more land meant having more production, and hence more wealth.)

But little-by-little the concept of ‘wealth’ started to change. Instead of real, tangible goods and the ability to produce, wealth became defined by the accumulation of money itself.

This change began in earnest in the 1500s, when European rulers began importing enormous quantities of gold and silver from their colonial mines in the Americas; the Spanish, for example, imported thousands of tons of silver just from a single mine in Bolivia.

In this way, they weren’t actually producing anything… other than more money. So they were essentially trying to become wealthier by creating more money, rather than producing valuable goods and services.

(Naturally it didn’t take long for inflation to set in, and Europeans suffered rising prices for more than a century, in part due to the incredible, sudden influx of gold and silver devoid of any increase in the actual production of goods and services.)

This is the view of ‘wealth’ that remains today; it’s no longer about the production of valuable goods and services. Instead, wealth is defined by money. And money has become synonymous with wealth, rather than as a medium of exchange.

In modern times it’s actually even more absurd. In our world, debt is actually wealth… in that the bonds of heavily indebted governments (like the US) are considered a form of money, and hence wealth.

Moreover, the notion that a government should produce more than it consumes and live within its means is viewed as preposterous. No one cares about deficits. Instead, politicians assume there will always be an endless line of willing suckers ready to buy more bonds.

This whole mentality has even given rise to a popular and growing economic theory known as MMT, or Modern Monetary Theory, which contends that government deficits are completely irrelevant. Its most well-known work, in fact, is literally called The Deficit Myth.

In short, MMT says you don’t have to actually do anything to create wealth. Governments can simply conjure infinite quantities of money out of thin air and everyone will live happily ever after.

We can even see signs of MMT’s influence in the stock market, where investors developed an ethos that, similar to deficits, profits don’t matter. And businesses with no hope of ever achieving profitability became worth tens of billions of dollars.

Seemingly everything became valuable over the past several years, regardless of productivity, profitability, or practicality.

Perhaps most egregious was back in 2019 when a concept artist sold TWO editions of his ‘work’– a banana duct-taped to the wall– for $120,000.

At that point the concept of ‘wealth’ had truly devolved to sheer lunacy.

But that time seems to have come to an end, and I believe we are seeing signs of a shift back to a more traditional view of wealth.

All it took was a devastating war, record-high inflation, unprecedented rate hikes, and an appalling level of government incompetence, to finally realize that a $120,000 banana is just stupid…

And that’s reason enough to be optimistic.

Over the past several years, bad businesses and dumb ideas soared in value because central banks printed gargantuan sums of money, corrupting the very concept of wealth itself.

But people now realize that central bankers are only human. They make mistakes too. They cannot walk across the water and maintain pristine economic conditions forever and ever until the end of time.

Moreover, people are starting to figure out that, while central banks can create trillions of dollars worth of money with the push of a button, they cannot produce a single microchip, a grain of wheat, a drop of oil, a line of code, nor any of the other valuable goods and services that an economy really needs.

And this is why I’m really optimistic.

There’s a whole lot of chatter about recession these days– whether it’s coming, how bad will it be, how long will it last, etc.

But I think that’s an overly simplified way of looking at it. There’s already a recession– primarily for $120,000 bananas and other idiotic ideas. Cheers to that.

But for those with a more traditional view– that wealth is not defined by rapidly depreciating pieces of paper, but rather the ability to efficiently produce highly-valued goods and services– a new era of opportunity is just beginning.