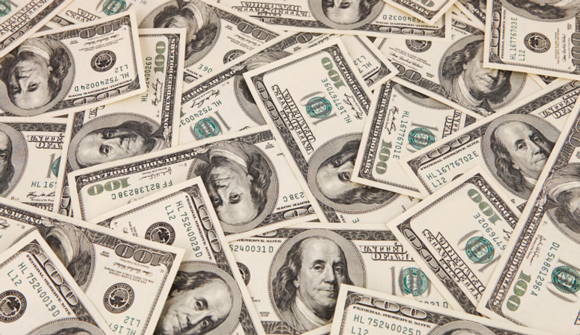 STAFF NEWS & ANALYSIS
Why US-China Trade War Speculations Are Raising The Dollar
By - May 18, 2020

The beginning of May 2020 was marked with a significant increase in the value of the U.S. Dollar (USD) versus most major currencies in the global foreign exchange market. Financial experts who have weighed in on the matter said that the surge was caused by fears related to a re-emergence of the U.S.-China trade war. However, instead of the usual culprits for tension escalation, experts point to the current pandemic as the origin of this potential trade war re-ignition.

Speaking with Reuters, Monex Europe currency analyst Simon Harvey said that trading was “dominated by risk-averse trading as investors weigh the negative consequences to global growth from another escalation in U.S.-China tensions.” Harvey further explained that the conditions have much to do with the U.S. government’s potential resumption of large tariffs against China as well as related supply-chain disruptions, which “come at a time where global growth expectations are already fragile.”

Indeed, both Secretary of State Mike Pompeo as well as U.S. President Donald Trump have gone on record saying that there’s been a “significant amount of evidence” that the now-global pandemic emerged from laboratory in Wuhan, China. While financial experts are neither denying nor supporting these allegations, there’s little doubt that these allegations are what’s spurring speculations of a full-on re-ignition of the U.S.-China trade war. In turn, such speculations have led several Scandinavian currencies, the Norwegian crown, the GBP, the Euro, and the Chinese Yuan to go down several points against the USD at the start of May.

While this may initially appear good for the U.S. economy, this surge in the USD’s value is not actually indicative of any long-term growth in the national economy, and is more of a short-term symptom to the re-emerging threats of hampered trading between the planet’s two largest economies. Free trade is a necessity for long-term peaceful interaction between nations, and the way the government’s rhetoric is focused on increasing tariffs may only increase tension between the U.S. and different nations apart from China. Whatever threat China poses to the United States, making trade more difficult doesn’t appear to improve the situation.

At the same time, for individual forex traders, the current strength of the USD offers an opportunity for turning a profit, if you follow the best forex signals.

A guide to forex by FXCM notes that the sheer size of the global foreign exchange market makes it easier to either buy or sell compared to any other type of trading. In fact, the average daily trading volume of the forex market is over $5 trillion, making it the most liquid market in the world. And with The Telegram reporting that USA could retaliate over the health crisis with increased tariffs, experts agree that “the FX market overall would see higher volatility.”

In the short-term this would benefit those trading with the USD and put further pressure on the Chinese economy. Something the U.S. government seems keen to pursue during this time of crisis, and an action that will demand a response from the Chinese further down the line.

As the world’s nations struggle to maintain and strengthen their respective economies amid the current global healthcare situation, this sudden surge in the USD is just one of the many huge effects of the increasingly uncertain global economy. Only time will tell if this will all lead to a re-escalation of the U.S.-China trade war as well as other massive economic disruptions. One thing can be said though, despite the increase in value of the USD, the USA could not have picked a worse time to re-ignite the trade war.