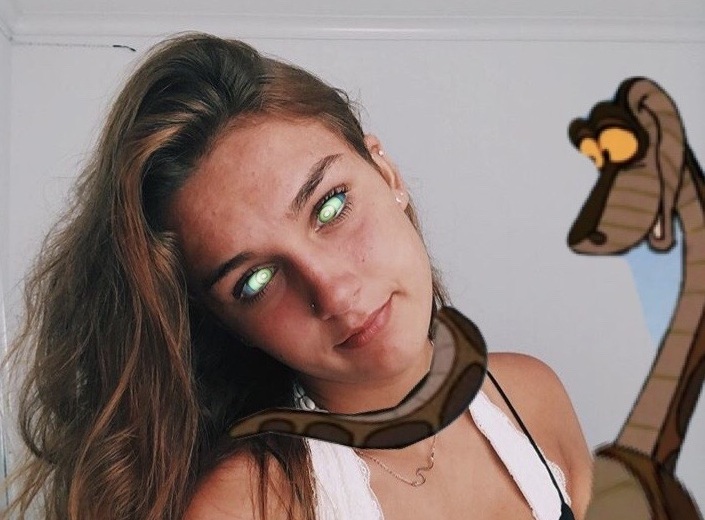 Tik Tokers, many of whom are barely out of adolescence, serve as the latest conscripts in the corporate state’s information war. Their assigned task is to push its literal wars on their impressionable Gen Z audiences — whether kinetic (in Ukraine) or biomedical (using COVID terror):

“On Thursday afternoon, 30 top TikTok stars gathered on a Zoom call to receive key information about the war unfolding in Ukraine. National Security Council staffers and White House press secretary Jen Psaki briefed the influencers about the United States’ strategic goals in the region and answered questions on distributing aid to Ukrainians, working with NATO and how the United States would react to a Russian use of nuclear weapons.”

Meet Tik Tok superstar Jules Terpak. When she’s not attending cyber meetings with the White House press secretary and national security advisors (see below), Terpak mostly produces content that’s a weird hodgepodge of vapid Cosmopolitan-style pop-culture clickbait and pseudo-intellectual commentary on tech and the digitization of social life such as:

Props to her, at least, or charting out a new lane in terms of the mix of content.

Side note: Scrolling through her videos, notice how she employs the classic Ben Shapiro technique of speaking super fast so as to create the impression of depth and expertise. By design, the viewer doesn’t have time to process her nonsense before she moves onto the next thing, with the intended effect of the viewer just throwing his (or her, or zher) hands up in dialectic surrender.

Via Breaking Points, and interview in which Terpak discusses her infatuation with WH Press Secretary Jen Psaki and her excitement at being invited to join her digital Ministry of Truth Pravda-style team:

Right off the bat, the fact that Terpak was so shamelessly enamored with Jen Psaki’s appearance (read all about what’s wrong with Psaki and her propaganda “press briefings”) is a giant red flag.

Terpak clearly does not have the background knowledge to process and answer the question coherently, which would be fine if she just acknowledged she was out of her depth honestly. But instead, she goes off on a string of unintelligible talking points that Psaki or some national security apparently whispered in her ear like a serpent. She muddles through about a half-minute going on about “depictions of violence, ‘subjective morale,’ … something, something, TikTok comments section,” and never coming close to answering the admittedly difficult question.

Terpek again delivers a self-unaware, incoherent talking points word salad: “All of these [TikTok influencers] are very much … independent thinkers… At the end of the day, like, just still approaching this White House briefing and the information we learned there as you would every day with the content on the platform… and it also pushes back on you if you’re not putting the correct information out there.”

How long until Jules gets a job as a talking head on MSNBC? Or Fox News, for that matter – there’s not much of a difference anymore, especially when it comes to consensus-engineering to start new wars. Wars for geopolitical interests they don’t understand (and that other people’s kids die in) are catnip to corporate media people.

Without a hint of self-awareness, Terpak claims that Russia’s big military problem in Ukraine is “soldier morale because they don’t necessarily understand why they’re invading fully” – the implication being that Slay Queen Psaki and the propaganda team she assembled, with Jules playing a starring role, not only understands the nuances of the Russian invasion but is committed to conveying to their audiences the objective truth free of an agenda.

Here she dinging the irony meter is in a separate TikTok video uploaded to her channel:

“Gen Z is particularly great at giving misinformation more reach… Every single day, I see people falling for false narratives that could change their entire worldview.” 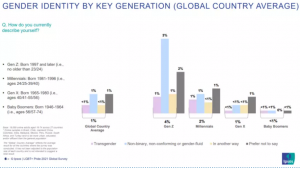 Terpak offers the definitive takeaway in distorted media representations of reality: “Basically it’s just a mess on all human levels,” she concludes.

For sure, this Tik Toker’s valley girl vocal aesthetic (where the confusing upward inflection concluding every declarative statement, like, makes it sound like a question?) and her obvious naiveté and ignorance regarding US foreign policy are mockable.

But, really, overall, the whole situation is really just sad.

Terpak apparently means well, and appears to genuinely believe that she’s doing something noble partnering with the White House digital propaganda all-star team. She comes off as more personable and level-headed than most internet narcissists.

In reality, she’s being used as what Lenin called a “useful idiot” – in this case, an internet personality with a large following who can be counted on to repeat government talking points with an official-sounding digital meeting with Slay Queen Jen Psaki.

We no longer live in a serious world. Spare yourself from Biden muddling through future Congressional addresses — the current State of the Union is: totally fucked beyond repair. Let use predicate the creation of a breakaway parallel society on this reality, and the desperate need to restore sanity.

“Give it up for working stiffs
And those who sell their bodies time and future
The popular people who can shout and spread
A catchy rationalization
Let’s have a cheer for androids, robots,
Servants and their masters
‘Blind leading the blind’ and ‘slavery is freedom.’
…Of course someone asks are they still victims if
They never realize it?”