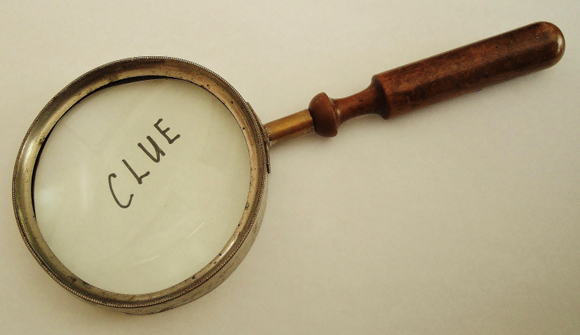 An article in the UK Guardian, "Why Bob Geldof is wrong about Africa," caught my attention because – unusually – it argued that the private sector was a good deal more effective at helping people and economies than occasional large doses of publicly administered aid.

I think I understand why such a free-market oriented article should appear in the Guardian, and I will explain below, but first, a little bit more about the argument itself.

The article begins with the surprising assertion (surprising for the left-wing Guardian, anyway) that Bob Geldof is "an egotist, a celebrity economist, and quite wrong on Africa."

Who exactly is Geldof? He is the lead singer of the Boomtown Rats, who became famous around the world because of his role in Band Aid to raise money for the 1984 Ethiopian famine. The single, according to the article, "sold nearly 12 million copies; the Live Aid concerts raised £150m. For these efforts Geldof received an honorary knighthood and was elevated to a spokesman for African development."

But Geldof's reputation is being challenged now – by the Guardian itself. Here's the relevant paragraph:

The famine that catapulted him to prominence had less to do with the weather than the Ethiopian government's policy to withhold food shipments to rebel areas and to spend nearly half of its gross domestic product on the military. Aid became a tool of the counter-insurgency strategy, being left to rot or distributed according to political objectives. The same political issues shape African development choices today and these, not external activism on aid, are key to the continent's future.

This is certainly an encouraging statement to see appear in a major newspaper, for it emphasizes a reality that is widely known but little voiced: The current aid model is wasteful and often unworkable.

The idea, unfortunately, has been to distribute money to impoverished countries via governmental and bureaucratic facilities but this sort of aid rarely trickles down to those who need it. Even worse, the idea that people can be helped via occasional injections of "aid," no matter how massive, is an ultimately destructive one.

What people need in Africa and elsewhere is the ability to live in societies that are free enough and prosperous enough to provide them with the kind of stable society that supports agriculture, trade and the other building blocks of sustainable entrepreneurship.

The proximate reason for the Guardian article was an article that Geldof himself wrote for the UK Observer, and which appeared last week. In the article, he praised Tony Blair (and Gordon Brown) for the 2005 Gleneagles G8 summit for shaping "not only our politics but that of the world" by cancelling debt and doubling aid.

This act, he claims, released "tens of millions of children into schooling, setting off an intellectual stampede in the continent with the fastest-growing middle-class in the world. Aid sent money into basic health, education and agriculture, providing stability at a fundamental community level and allowing stretched societies a moment to pause … while helping governments acquire the capacity they needed to govern." The timing, he says, was critical since it was exactly at this moment the Chinese became interested in Africa and a digital take-off occurred.

The Guardian article is skeptical of this rationale and rightly so. It is written by Dr. Greg Mills, who heads the Johannesburg-based Brenthurst Foundation. He writes, "What aid had to do with Chinese investment and its demand for natural resources is beyond me and I suspect most other Africans. Nor has aid infused government capacity allowing cellphones to revolutionise communications and business."

Critically, he points out that the adoption of cell phone technology in Africa (Kenya is a good example) occurred mainly because "governments are out of the way for once. It has absolutely nothing, nada, zilch to do with the western aid industry, as difficult as that is for them to accept." Mills then writes:

Geldof claims that "I have no doubt that it is because of Gleneagles that I and colleagues were able to raise hundreds of millions of dollars to invest in Africa and create jobs". It is precisely in spite of Gleneagles and its reinforcement of a helpless continent deserving charity that private investment has been raised. Beijing's needs, not the proselytising of Geldof or Blair, has transformed Africa from a problem to be solved through aid to a commercial opportunity to be entertained through investment.

The article goes on to confirm that "there is a role for humanitarian spending in emergencies," but then makes the all-important point that "using aid as a tool for development is at best dubious." In fact, administering large doses of aid via Africa's "Byzantine bureaucracies" has caused the World Bank's staffing to increase from 650 people in 1960 to 10,000 today, Mills notes. Most of this staff is apparently based in Washington, DC.

The result is that donor countries "have absurdly argued to spend $3,500 annually to lift a poor person's income to above $365 a year." Meanwhile, remittances from Africans abroad have reportedly tripled to $60bn annually and are proving far more efficient at breaking the cycle of poverty than entrenched aid programs that utilize government distribution channels.

The article closes by pointing out that "Africa is still a very poor place, with per capita income around a tenth of the global average, and its middle-class little more than 10% of its one billion people."

Rapid population growth means that education is critical, as is providing the governance context to attract investment to create the jobs so necessary for political stability and, in a virtuous cycle, for the right policy choices to be made.

This last statement sums up not just the reality of the African dilemma but also provides a harbinger of what is to come. We've written about this already in a number of articles, most recently, here: Africa … Next China?

This is the way the world works in the modern era. The US has a debt problem; its government spends too much money and its domestic tax base is not big enough to support its larger globalist presence both from a governmental and military standpoint. Enter a third party …

Enter several of them, in fact, including Japan and China. The deal is struck and the currency flows. First the country buys up US debt and then US consumers buy up the country's products. The US gets funded and the country gets a huge dollar flow that can be used to build infrastructure, raise living standards and generally modernize.

We've been arguing that Western powers-that-be have identified Africa as the next "China" – a vast continent that can be developed for purposes of alleviating US debt woes while providing an engine of consumerist development that will raise living standards in Africa much as it did in Japan and then China.

I am personally not in favor of these sorts of industrial programs any more than I am in favor of the kinds of aid programs that Geldof lauds. First of all, these programs are invisible ones, promulgated by Money Power manipulations. People get the idea that the "Chinese Miracle" or the "Japanese Miracle" was homegrown and simply the result of hard work and cultural superiority.

It is destructive to Western cultural confidence, as well. People in the West don't understand their own governments have likely struck a deal to generate the kind of development that occurs. It is central banking stimulation that creates the kind of rapid progress that overtook first Japan and then China.

But what goes up must come down. Africa may be the Chosen One now but like Japan, and probably China, the kind of growth that Africa is about to be exposed to will lift up the continent before setting it back down.

The Guardian, in my view, is participating in a kind of evolving meme – that private industry can develop Africa more efficiently and comprehensively than public programs. But this is misleading. Don't get me wrong. I am all for private enterprise divorced from the chains of regulatory democracy but what Money Power has in mind for Africa, if I am correct, is the kind of managed exploitation that has afflicted first Japan and now China.

Printing vast torrents of money to stimulate an economy is no more viable in the long run than running occasional aid programs through government channels. It SEEMS more efficient and will be portrayed to the world as a miracle of private growth. But it won't be.

Nonetheless, I believe this may happen in Africa as the continent's corrupt bureaucracies are increasingly consolidated and Africa acts as one consumerist manufacturing facility rather than a group of disparate and quarreling nation states.

If rapid development is planned for Africa, then this provides people who understand the reality of this sort of massive exploitation with broad ranging investment opportunities. Imagine being on the ground floor of Japan or China prior to industrial liftoff. The financial potential is tremendous.

This is one of the conundrums of Money Power, as we observe it. It is easy enough to disagree with the leveraging of central bank monetary stimulation, but at the same time analyzing it and participating in it can generate vast investment opportunities.

The question is twofold: Have we analyzed the African opportunity correctly and will those powerful men now beginning to generate it be successful at doing so?