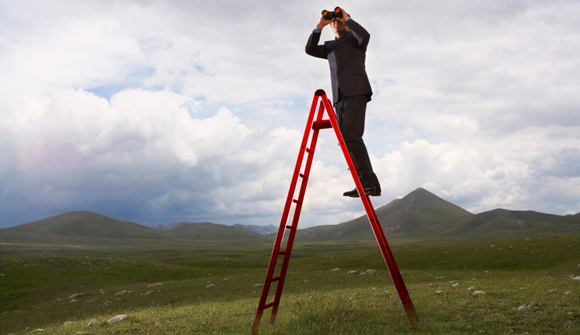 It's going to get much worse for gold … It's been another tough year for gold. The precious metal has fallen 10 percent in 2015 and is tracking for its longest yearly losing streak since 1998. And according to one technician, the pain will continue heading into 2016. "I think there's still downside here," Rich Ross said Monday on CNBC's "Trading Nation." – CNBC

Dominant Social Theme: Gold is headed toward the basement and then to the garbage can.

Free-Market Analysis: The knives are out again for gold as Wall Street waits impatiently for the Federal Reserve to hike interest rates, thus strengthening the dollar, which – so we are told – will result in another tumble for gold against the mighty greenback.

Of course, the mainstream media generally doesn't miss an opportunity to bash precious metals even though for nearly a decade earlier in the 2000s the dollar tumbled against both gold and silver. That hasn't been the case lately, as CNBC points out in this report posted a few days ago.

The article quotes Ross (see excerpt above) as discerning a distinct downward trend for gold. The article then summarizes gold's progression by pointing out that precious metals and commodities generally have been in a "free fall" in the past year "as the dollar has ripped higher."

Ross is quoted again, saying, "The path of least resistance for gold is down. I would be a seller into any strength." And yet … how can anyone look at the US economy and come away thinking that the dollar will hold its strength in the long term? More and more, prices seem to reflect a distinct divergence with reality.

Over at LewRockwell,com, we find evidence of this divergence in a report initially posted at GoldCore entitled, "Gold Buying Surges At U.S. Mint In November – China Buys 21 Tonnes In November Alone."

Despite gold at near 6 year lows, global demand for physical bullion remains very high. This is clearly seen in the recent demand data from the U.S. Mint and other mints. It is also seen in demand data from GFMS and the World Gold Council which shows very robust demand from Germany, India and of course, China.

At some point, demand surely must begin to track the larger price action. Will it be sooner rather than later? We find a post at PeakProsperity.com (also submitted to ZeroHedge), entitled, "The Screaming Fundamentals For Owning Gold" by Chris Martenson.

Martenson explains that he dumped 50 percent of his net worth into gold way back in the early 2000s. But he confesses to being stumped as to why the dollar has gained so much ground against gold in the past five years.

Here at PeakProsperity.com, we admit that we initially were utterly baffled that the vicious secular decline [that] began at almost the exact same time that the US Federal Reserve announced the largest and most aggressive money printing operation in all of history – known as QE3 – which pumped over $1.7 trillion into the financial system between 2012-2014, throwing an astonishing $85 billion dollars of newly created 'thin air' money into the financial system every month!

Such an unprecedented and excessive act of monetary desperation should have sent GOLD'S PRICE to the moon; but in fact, the opposite happened. Strange times. As we'll soon explain, even as THE PRICE OF GOLD futures were being relentlessly driven down in the US paper markets, the purchase of physical gold by China exploded. It's as if the West suddenly decided gold wasn't worth owning.

Martenson, nonetheless, believes every investor ought to have some exposure to precious metals. He writes: "We are now at the dangerous end-game period of a very bold but very reckless and disappointing experiment with the world's fiat (unbacked) currencies. If this experiment fails – and we observe it's in the process of failing – gold will provide one of the best forms of wealth insurance."

He goes on to characterize the world's central banks "as perform[ing] increasingly bizarre and desperate maneuvers to keep the financial system from falling apart."

Even seasoned pros running gigantic funds are baffled by the unusual set of conditions created by 4 decades of excessive borrowing and 7 years of aggressive money printing by central banks.

He lists three main reasons for owning gold (physical bullion). First, it protects the individual holder against the "monetary recklessness" of central banks and others who have control over the economy.

Third, he cites the possibility of gold's remonetization. While admitting this is not a very likely scenario, he points out that if gold were to back all existing money, "the implied price for an ounce of gold is $54,455 per troy ounce."

The situation with economies around the world is so bad that almost all central banks have announced plans to keep rates near the zero-bound and some are actually venturing into negative territory. True, the Federal Reserve intends to hike, but with obvious reluctance, considering how long the Fed is taking to do so.

Maybe later this month a hike will take place, but the consequences are perhaps unknown given the leverage present in the current system. The larger issue is that the world's perilous economic condition may be in a sense a purposeful one designed to usher in a true world currency.

If this is the case, ownership of physical bullion would not only be prudent, it would seem to be a kind of necessity. The argument can certainly be made (and we have made it) that the world's current condition is not simply accidental. There are certainly globalist forces working to destabilize Western economies so as to reconstitute them on a broader scale.

The Golden Bull never completed its cycle, in our view. The big blow-off still awaits and it will benefit the junior mining sector as well as the price of physical bullion – which could push well past US$2,000 an ounce if there is a serious crisis.

The mainstream economists and journalists may not believe there is a good case for significant precious metals exposure in investor portfolios but common sense seems to tell us otherwise.