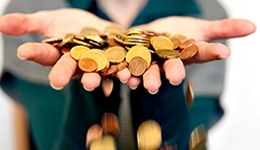 Three trends that will create demand for an Unconditional Basic Income … The digitization of our economy will bring with it a new generation of radical economic ideologies, of which Bitcoin is arguably the ?rst. For those with assets, technological savvy, and a sense of adventure, the state is the enemy and a cryptographic currency is the solution. But for those more focused on the decline of the middle classes, the collapse of the entry-level jobs market, and the rise of free culture, the state is an ally, and the solution might look something like an unconditional basic income. Before I explain why this concept is going to be creeping into the political debate across the developed world, let me spell out how a system like this would look: Every single adult member receives a weekly payment from the state, which is enough to live comfortably on. The only condition is citizenship and/or residency. You get the basic income whether or not you're employed, any wages you earn are additional. – Simulacrum

Dominant Social Theme: The state will take care of us all, just wait.

Free-Market Analysis: Are there any words to describe this evil? We've written dozens of articles on this over the past few years, observing the growth of this meme.

Everything repeats in this century of directed history. The social credit crackpottery of the 1930s has returned, wrapped in the robes of Neo-Nazi statism. Those boosting it wrap their rhetoric in anti-banker sentiments, but make no mistake: A meme of this magnitude is a Tavistock-like promotion.

These people use the rhetoric of libertarianism to arrive at terrifyingly statist conclusions. The state wiped out some 150 million people in the 20th century, and we would actually think it's a lot more. The idea that the state will provide for its citizens is a mythological sleight-of-hand.

Give the state the power to provide and ultimately it will provide only for the strongest. The weakest will perish and free-market enterprise will wither.

These are not idle prognostications. The upshot of social credit is a fascist society in which only the biggest corporations survive, in league with the government itself. And these ideas are gaining traction. From New Zealand to the European Union, we see mysterious groups springing up to demand a "living wage."

There is nothing Money Power would like more than to organize societies around full-employment welfare. Think of the power that would give to governments. And therefore, to those who CONTROL government.

One needs to do everything possible to SHRINK government. This is not how it is presented, of course. We are told it will be different this time. The meek shall finally receive their portion of the monetary pie. The humble among us shall influence Leviathan alongside the mightiest.

The welfare bureaucracy is largely dismantled. No means testing, no signing on, no bullying young people into stacking shelves for free, no separate state pension. Employment law is liberalised, as workers no longer need to fear dismissal.

People work for jobs that are available in order to increase their disposable income. Large swathes of the economy are replaced by volunteerism, a continuation of the current trend. The system would be harder to cheat when there's only a single category of claimant, with no extraordinary allowances. This may sound o?-the-charts radical, but here's why you're going to be hearing a lot more about it:

1 – The Middle Classes Are In Freefall

2 – Demand For Human Labour Is In Long Term Decline

3 – Cultural Production Is Detaching From The Market

This is a mish-mosh, a jumble of economically illiterate ideas presented as fact. We are to believe it is simply coincidence that Western middle classes are declining? Funny, we would tend to believe that a combination of inflationary money printing, high taxes and draconian regulation puts the squeeze on middle incomes and makes social mobility increasingly difficult.

Nor is demand for human labor declining. Were society freer, people would find their own entrepreneurial niches as they have throughout human history. The article also asks, "How would we pay for it?" And answers, "Don't dismiss this as socialism, it involves a complete rejection of the Stakhanovite work ethic and a full-throttle embrace of consumer culture."

Really? What else is necessary? …

We could start by getting corporations to pay their taxes. Money will circulate far faster if it's placed in the hands of consumers. For salaried workers a basic income would likely be a repackaging of tax free allowances, although they would likely need a net gain to buy into it. The scheme would also yield savings elsewhere in the public sector, from a reduction in the size of the bureaucracy, to an increasing role for volunteers and charities.

The authoritarian mindset is busily at work here. The idea of the corporation is accepted as a fait accompli. The regnant state is supposed to tame these behemoths on behalf of the people to ensure they pay "their fair share" of taxes.

Were this simply the uncoordinated ramblings of a radical fringe, it wouldn't be worrisome. But in our view, there is ample evidence it is a highly coordinated campaign.

That these individuals, whoever they are, have adopted the language of libertarianism while making free-market economics the number one enemy is only more evidence of a malicious and sinister coordination.

Beware of those who come along offering gifts of free money.