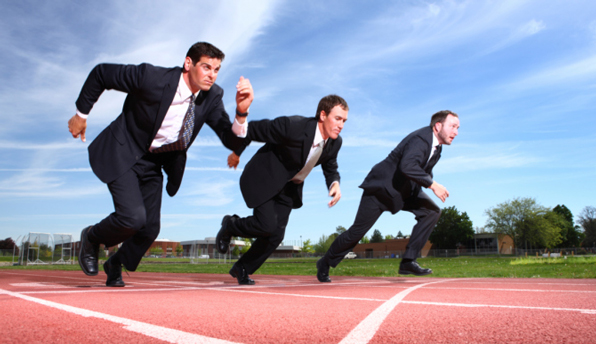 STAFF NEWS & ANALYSIS
Google and Facebook Are Not Really Private and Shouldn’t Do as They Please With Alex Jones and NaturalNews.com
By Daily Bell Staff - February 25, 2017

Google isn’t a state. It’s not a service. It’s a private company. They can censor whatever they want. Use a different company. If they want to cut off 1000’s of people from their services, that’s fine. They are free to do so … This is capitalism, Google isn’t a right. Facebook and Twitter are not free speech. They are private companies. – 4Chan

Google really isn’t a private company. If it continues to attack alternative media like Alex Jones and NaturalNews.com, it may find lawsuits headed in its direction. The same may go for Facebook too.

By portraying itself as a private company, Google can do as it chooses, when attacking companies that don’t live up to its standards from an advertising point of view.

It can help cut off companies that don’t properly advertise according to the Google rule book. The rule book is general and vague. But Google is supposedly a private company so it really doesn’t matter. Google can do pretty much as it wants. And so can Facebook.

Yet there is plenty to rebut this perspective. The best or most comprehensive article on Google along with the CIA and Pentagon is an Insurge Intelligence article entitled, How the CIA Made Google.

It shows that one of the founders of Google, Sergey Brin virtually reported to the Pentagon/ CIA while developing the project that would eventually become Google. Interestingly, later in the article, people close to the CIA and Pentagon are quoted as denying a close relationship. So obviously there is a good deal of sensitivity around the topic.

When it comes to Facebook, Mark Zuckerberg was funded indirectly by the CIA via Peter Thiel. Thiel is a cofounder of PayPal with Elon Musk of Tesla fame.

Thiel invested $500,000 into Facebook but supposedly this was a CIA investment. Thiel is very close to the CIA. His company Palanitir, supposedly worth some $20 billion, runs secret algorithms for the CIA and other intel agencies. It was just the subject of a Daily Mail story  here. Thiel is supposedly a libertarian but we don’t see how he can be.

Later, Thiel invested 12.7 million in Facebook. Companies that owe their existence and direction to public intelligence agencies are not private. They ought not to be run as they were.

Facebook has not yet launched an overwhelming assault on Alex Jones or Natural.News but with its determination to root out “fake” news it will surely be part of a large attack at some point. Google has not made a special attack on Alex Jones but it too is headed in that direction.

There are even large issues surrounding Facebook and Google and their determination to harass firms in alternative news community. Like all large companies, they have taken advantage of intellectual property rights, corporate personhood, central banking and regulations – the more the better.

Corporate personhood blames the company rather than the executive for problems. Thus in the case of any difficulties the company can receive a fine, but the corporate executive may escape untouched.

More recently the Court has attacked intellectual property rights, but the basics remain pretty much untouched. Inventors are given a right to “own” their products for a long fixed period of time. This is fundamental to the wealth creation of Google and Facebook.

It shouldn’t be this way. Just because you have invented something doesn’t mean you own it for 20 or 30 years. Or if you do own it, you should protect it with your own money, not with taxpayer dollars.

Additionally, if something is not produced but is an idea, that idea is shared immediately on publication. That’s our perspective anyway. There’s no reason why the Supreme Court should protect an idea. If someone else uses the idea, he has not directly damaged you. The idea has been made available.

Without various investments and relationships, and most importantly without intellectual property rights, corporate personhood, central banking and regulations, both Google and Facebook would be a shadow of what they are now. There would be many more such companies and a good deal more progress would have been made as well.

Conclusion: Corporations are fictitious entities created basically by Supreme Court decisions. They shouldn’t exist as they do, and one day perhaps they won’t.