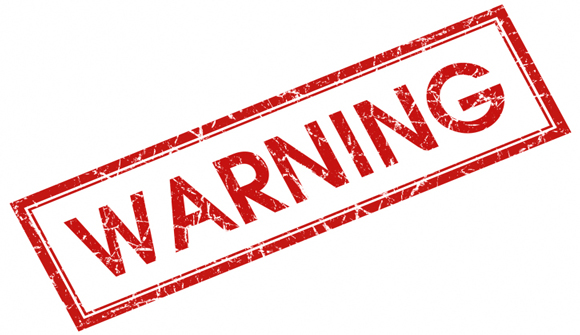 Justice, capitalism and progress: Paul Tudor Jones II at TED2015 … Can capital be just? As a firm believer in capitalism and the free market, Paul Tudor Jones II believes that it can be. Jones is the founder of the Tudor Investment Corporation and the Tudor Group, which trade in the fixed-income, equity, currency and commodity markets. He thinks it is time to expand the "narrow definitions of capitalism" that threaten the underpinnings of our society and develop a new model for corporate profit that includes justness and responsibility. – Ted Talks

Dominant Social Theme: We need to force corporations to cooperate.

Free-Market Analysis: This Ted Talk by Paul Tudor Jones has been getting a lot of attention, perhaps because it amplifies the "social justice" meme that we've written about before.

The idea here is that societies benefit from social justice and that only government activism can keep society from sliding into expanding inequality.

Before we continue with an analysis of Jones's Ted talk, we need to digress by reminding readers of the meme that the talk is miming: the "social injustice" or "income inequality" meme that the mainstream media heavily focused on in 2014.

This concept was framed most famously by economist Thomas Piketty in his book, Capital in the Twenty-First Century. From Wikipedia:

The book argues that the rate of capital return in developed countries is persistently greater than the rate of economic growth, and that this will cause wealth inequality to increase in the future. To address this problem, he proposes redistribution through a progressive global tax on wealth.

To simplify: When the wealthy receive returns that are greater than the aggregate growth of the societies in which they live, then their wealth continually expands, leading to destabilizing income inequality.

Piketty's book is underpinned by mathematical proofs intended to show that "capitalism" itself tends to create income inequality. These proofs lie at the heart of his contention, but at the height of the book's critical reception, the Financial Times published a critique of the numbers itself.

On May 23, 2014, Chris Giles, economics editor of the Financial Times (FT), identified what he claims are "unexplained errors" in Piketty's data, in particular regarding wealth inequality increases since the 1970s. The FT wrote in part:

The data underpinning Professor Piketty's 577-page tome, which has dominated best-seller lists in recent weeks, contain a series of errors that skew his findings. The FT found mistakes and unexplained entries in his spreadsheets, similar to those which last year undermined the work on public debt and growth of Carmen Reinhart and Kenneth Rogoff.

The central theme of Prof Piketty's work is that wealth inequalities are heading back up to levels last seen before the first world war. The investigation undercuts this claim, indicating there is little evidence in Prof Piketty's original sources to bear out the thesis that an increasing share of total wealth is held by the richest few.

The fuss over Piketty's book had to do with the perception that he had proven mathematically that "capitalism" was dysfunctional and that only activist government could provide the necessary antidote. The FT criticism attacked the core of Piketty's argument.

It seemed to puncture a media campaign using Piketty's book as part of an artificial but orchestrated attempt to create or expand a sense of social grievance that the faux Occupy Wall Street movement had initially focused on. Here's an excerpt from a Daily Bell editorial on the subject, "Ramifications of Naming Piketty's Book as FT 'Business Book of the Year' ":

The stir created by Piketty's book [is a] mainly an artificial one. The mainstream media is not interested in the book because it's any good but because the solution it provides revolves around government programs …

Historically, one of the main solutions that occurs to people is violence. In this case, we've been writing for several years now that popular movements such as the Occupy Movement are deliberate incitements to violence. That's a very dangerous match to light. Yet the Piketty drama certainly plays into this analysis.

Such was the desperation of those who wanted to use Piketty's book to provide "scientific proof" that capitalism was flawed and in need of the an antidote via government activism that even when the core of Piketty's argument – the mathematical underpinnings of his book – had been seriously questioned, the book still won "Business Book of the Year" from the prestigious Financial Times.

After the criticism of Piketty's proofs and the determination evinced by such media outlets as the Financial Times to elevate the book to a kind of instantaneous modern classic, coverage of the book and its thesis diminished a bit. But now Paul Tudor Jones is suddenly receiving significant coverage for his Ted Talk and for forming "Just Capital, a not-for-profit that aims to increase justness in companies."

The problem, Jones points out, is that as profit margins grow, so does income inequality … Jones proposes a fourth way: just corporate behavior. … He is asking the public for input. As it stands, there is no universal standard monitoring company behavior. Tudor and his team will conduct annual national surveys in the US, polling individuals on their top priorities, be it job creation, inventing healthy products or being eco-friendly. Just Capital will release these results annually – keep an eye out for the first survey results this September.

The same incendiary warnings that Occupy Wall Street's leadership specialized in were apparently evident in Jones's speech. Here from a ZeroHedge analysis of the speech:

"This gap between the 1% and the rest of America, and between the US and the rest of the world, cannot and will not persist," warns renowned trader Paul Tudor Jones during his recent TED Talks speech, as he addressed the question – can capital be just? Hoping to expand the "narrow definitions of capitalism," that threaten the underpinnings of society, Tudor Jones exclaims, "we're in the middle of a disastrous market mania," adding "one of worst of my life." Perhaps most ominously, he concludes, historically this ends "by revolution, higher taxes or wars. None are on my bucket list."

It is unfortunate that Jones isn't more rigorous in his thinking about capitalism and what generates income inequality. As best we can tell there are two major triggers: corporate personhood and monopoly central banking.

These are state-enforced marketplace distortions that are responsible for the majority of income inequality. Jones is taking in the initiative to try to influence corporate behavior but in doing so he is putting the emphasis in the wrong place.

He ought to be campaigning to get rid of monopoly central banking and the judicial decisions that prop up corporate power. He doesn't even refer to these underlying difficulties. He even refers to the "one percent."

The meme is a pernicious one, hinting at considerable violence and dislocation if "social inequality" is not addressed. Since the debate continues to be framed in an incorrect manner – even by men as successful and persuasive as Paul Tudor Jones – the solutions surely cannot be successful.

The ramifications are as disturbing as they are obvious.