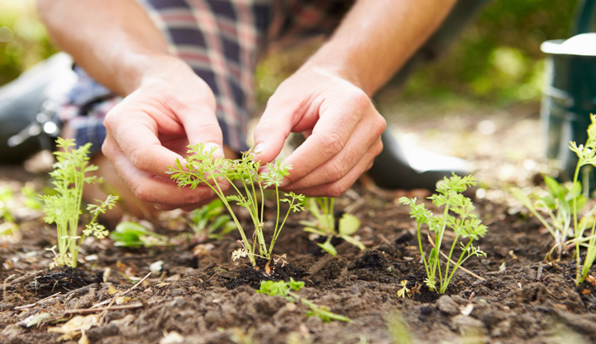 STAFF NEWS & ANALYSIS
Taking back control– one small step at a time
By Simon Black - October 22, 2020

At the height of World War II, when American soldiers were on the front lines in Europe and the Pacific battling for the very survival of civilization, life back home was starting to feel pretty bleak.

The psychological toll alone was severe.

Countless families had a husband, father, brother, or son fighting in the war, so people worried about their loved ones’ safety on a daily basis.

And just about everyone stressed about the outcome of the war and prayed that the Nazis didn’t overwhelm Allied forces.

On top of the mental stress, resources were scarce. Every spare scrap of food, lumber, and metal was shipped off to the troops, and the government started rationing supplies back home.

Meat, milk, butter, sugar, gasoline, etc. were all strictly rationed, and people had to stand in line, tired, stressed, and worried, to receive their weekly allotment.

Bear in mind this was right after the Great Depression; people had spent the last decade barely surviving. Yet when the war broke out, life became even more overwhelming.

But when just about everything seemed out of control, some people started taking matters into their own hands.

They transformed city parks, suburban lawns, and even windowsills into food plots. And before long, roughly one third of all vegetables consumed in the United States came from these Victory Gardens.

Sure, it was helpful for the war effort so that more food could be shipped to the front lines.

But Victory Gardens became a huge boost to the people’s morale and individual sanity. A Victory Garden was a way to take back control.

Today, it’s pretty obvious that the world is entering a critical period that will present enormous challenges.

We’re grappling with extreme economic uncertainty. Government debt is skyrocketing everywhere. Central banks are printing money without any sense of control or limitation.

Tens of millions of people are unemployed, with 68% of CEOs recently saying they expect to either lay off more people, or not hire any new workers.

We continue to experience a global pandemic that will not disappear no matter how Draconian government lockdown measures become.

We have constant social conflict– rioting, violence, and an absurd level of polarization that keeps people at each other’s throats.

2020 has definitely made a lot of people feel like giving up… or at least want to go into hibernation and say, “Wake me up when this is all over… and everything goes back to normal.”

‘Normal’ is probably not going to happen.

The reality I think everyone needs to prepare for is that this is not going to end… not for a long, long time.

The economic consequences, for example, haven’t even really begun yet; we will be paying for the cost of these trillions of dollars worth of bailouts for years, potentially decades to come.

And the political and social turmoil is only in its opening movements; the crescendo is likely years away– anyone who thinks the peaceful protesters and Twitter mob are going to lay down their torche and go away anytime soon is fooling themselves.

It’s normal to feel frustrated. Even nervous or scared. But giving up is simply not an option.

Just like people back home during World War II, even doing small things to take back control– like Victory Gardens– proved to be enormously beneficial.

Now, I’m not talking about literally growing food… although there’s never any downside in doing so. Being able to produce even a small portion of your own food supply is a very powerful feeling.

What I’m really talking about are small steps to increase your independence.

For example, having some gold and silver locked away in a safe that you control means that you have a form of emergency savings that’s protected from inflation, or any potential problems in the banking system.

Additionally, a second passport means you have at least one other option outside your home country to live, work, and raise a family. It means one single country does not hold total control over your ability to travel.

When you start adding up all the different ways to take your power back, you find almost infinite combinations of possibilities.

Of the 200 or so countries on earth, you have dozens to choose from for a second residency or citizenship.

Likewise, gold and silver certainly aren’t the only ways to store wealth. There is land, art, wine, watches, or even collectible firearms.

Again, there are vast permutations of choices; you even have options within options.

For example, if you choose to buy precious metals, you could choose between bullion or rare coins. At-home storage, or a secure facility overseas. Physical metal versus ‘tokenized’ gold.

Another example is doing small things to reduce your taxes– like maximizing retirement contributions, setting up a more robust retirement plan, or investing in an opportunity zone.

There is no one size fits all solution to take your power back; every individual has different goals, constraints, and a unique set of circumstances.

And that’s a good thing. Individual choice is why humans have always overcome the most extreme challenges, and why we always emerge stronger, more prosperous than ever.