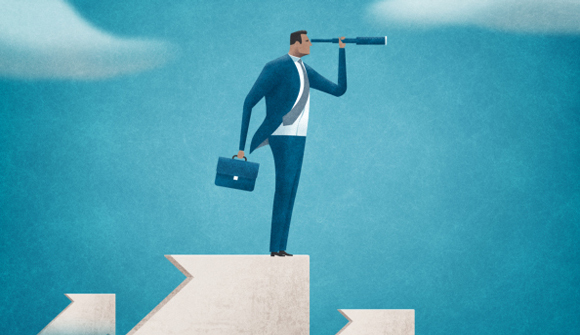 STAFF NEWS & ANALYSIS
The world’s greatest investor is running out of things to buy
By Simon Black - August 16, 2018

East Germany was disintegrating, and the Berlin Wall was days away from coming down.

The Soviet Union was just starting to fall apart.

George H. W. Bush (the elder) was President of the United States.

And the #1 movie in the world was John Travolta’s Look Who’s Talking.

It was during that month that the US stock market, as measured by the S&P 500 index, began a decline that would last for roughly 12 months.

It would never see a level that low ever again.

Starting the following day, the S&P 500 began a historic rise that would persist for nearly a decade– a total of 3,452 days.

In financial parlance this is known as a bull market, when stocks and other asset prices generally rise for years at a time.

Now, you may recall the 1990s– there were a lot of game-changing events that drove stock prices ever higher.

The fall of the Soviet Union was tremendously important in creating greater stability in the world and vastly expanding lucrative global trade.

China underwent a series of MAJOR economic reforms that rocket-propelled the economy into a huge profit center for US companies.

And of course, the Internet became a worldwide sensation.

On the backs of these trends (plus a gift of relatively low interest rates by the Federal Reserve) the US stock market became the envy of the world.

Stocks sputtered for a few years, started to rise a bit, then crashed again in late 2008 at the onset of the Global Financial Crisis.

And for the past decade, the market has been moving ever higher– up a total of 325% since then.

So far this current bull market has run an unbelievable 3,446 days, which means it’s just ONE WEEK away from officially becoming the LONGEST BULL MARKET IN HISTORY.

One thing we know for certain is that all markets move in cycles.

There are always ups and downs, booms and busts. Tough times ALWAYS follow the good.

And, at 3,446 days… within a week of the all-time record… this bull market is clearly VERY late in its cycle.

The nature of this particular bull market is also quite peculiar.

Unlike the 1990s, there are no game-changing geopolitical or technological trends underpinning this bull market.

Instead, the key driver of higher asset prices has been 10 years worth of nearly 0% interest rates, giving EVERYONE the ability to borrow cheaply.

This has driven real estate prices to all-time highs, in many cases to absolutely absurd levels.

Companies like Netflix and Tesla which lose money and rapidly burn through their investors’ capital have no problems borrowing billions of dollars.

And there are still trillions of dollars worth of bonds out there with NEGATIVE yields. It’s ridiculous.

Many stock markets around the world are at/near all-time highs as well, with investors paying record high valuations for their shares.

This means that, in many cases, investors have literally never paid a higher price for every dollar of a company’s revenue, earnings, and assets.

And the shares of nearly every well-managed, high quality business have been bid up to mind-blowing levels.

Legendary investor Warren Buffett seems to have thrown up his hands with the ridiculousness of this market.

I’ve written before that Buffett has stockpiled $110 billion. But there’s nowhere for him to invest it.

Bargains are so scarce, in fact, that Buffett is going to resort to buying back shares of his own company, Berkshire Hathaway.

This is a pretty big deal.

Buffett has had a longstanding policy that he would not use company funds for stock buybacks unless the share price became materially undervalued.

But Buffett hasn’t made a major acquisition in more than two years; asset prices are simply too expensive, and he’s too seasoned to overpay for investments.

So, a bit anxious to deploy their massive pile of capital, Berkshire Hathaway’s board changed its policy on share buybacks.

Buffett now has far more latitude to use the company’s money to buy back its own stock.

It’s a subtle change, but the implications are clear:

Buffett has few places to invest his $110 billion cash pile. So he wants the freedom to buy more Berkshire stock (an asset he is intimately familiar with and which he controls).

Said another way, Buffett has so much cash that he had to break his own, longstanding rule in order to safely deploy capital.

It’s interesting that, while all of this is happening, small investors are piling into the stock market en masse.

The CEO of TD Ameritrade (one of the largest stock brokerages in the world) stated earlier this year that “[t]here is an enormous amount of new retail money coming into the market. . .”

Other brokerages like eTrade and Schwab have seen similar trends.

So while small, individual investors are piling in, Buffett is standing pat… and resorting to buying back his own stock just to have a safe place to deploy some capital.

No one knows how much longer this historic bull market going to last. Or what’s going to end it.

But it’s safe to say that there are fewer days ahead of us than behind us.