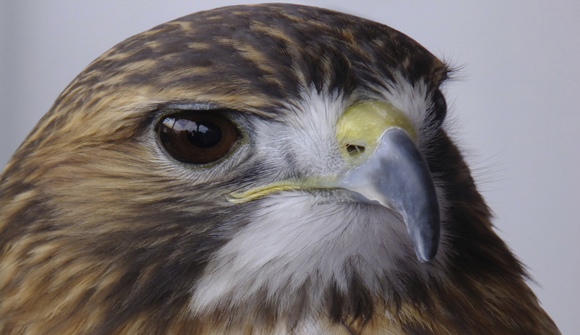 STAFF NEWS & ANALYSIS
Who Will Watch the Bankers?
By Staff News & Analysis - November 24, 2014

Supervising the Supervisors …The Fed is sorry. Sorry about the whole being too cozy with banks thing. As penance, the Fed has "asked its inspector general to look into whether top supervisors were getting the information they needed to make their decisions," and if they "were hearing all the opinions of Fed bank examiners." Remember Dan Davies's take on bank supervision: "the biggest problem is that senior management of bank supervisors don't have the supervisors' backs"; the top people at the Fed tend to hear much more from the chief executives of big banks than they do from the examiners who supervise those banks. – Bloomberg

Dominant Social Theme: The Fed needs to get better.

Free-Market Analysis: The Fed has apparently announced that it regrets the way it conducts its bank supervisory role and intends to do better.

This is yet further fallout from revelations from Carmen Segarra, a bank regulator for the Fed who published considerable criticism about the way the New York Fed related to Goldman Sachs.

ProPublica's Carmen Segarra article is worth another look today. It starts with New York Fed president William Dudley seeking an outside review of the Fed's failings as a bank supervisor in 2009.

A Columbia finance professor did that review, and it was thorough and bracing, and recommended a lot of cultural changes. And then the rest of the story is about how those changes never happened. Writing reports is easy; changing culture is hard. Here is Dudley's prepared testimony to the Senate today:

The New York Fed has also devoted significant resources and attention to the reform of bank culture and conduct. Increased capital and liquidity are important tools to promote financial stability, but in the end a bank is only as trustworthy as the people who work within it. I have personally delivered a strong message that the culture of Wall Street is unacceptable.

That's cool, but you received a strong message in 2009 that the culture of the New York Fed was unacceptable, and here we are again.

The reason the changes never happened is encapsulated in Fed testimony given to the Senate on November 16. An article posted at Bloomberg entitled, "New York Fed Didn't Want Goldman Sachs to Embarrass Itself," explains how the Fed's current oversight works.

Here's kind of a jarring moment from today's Senate grilling of New York Fed president William Dudley about whether his staff are too cozy with the banks they supervise. It's about the Fed's review of a deal that Goldman did with Santander.

On the audio recording, a New York Fed examiner said that the Goldman deal with Santander looked "legal but shady." But on Friday, Mr. Dudley said that the New York Fed's legal department concluded that the deal was legal and judged that it would not damage Goldman's reputation.

That last conclusion is factually debatable – ordinarily if your transaction gets discussed at a Senate hearing, that's not great for your reputation – but also doesn't it seem a little weird that it's the New York Fed's job to protect Goldman Sachs's reputation?

It seems weird, but it's not really. The Fed's job as a banking supervisor is "to ensure the safety and soundness of financial institutions." It's supposed to look out for their well-being. The banks that the Fed supervises are under constant threat, mostly from themselves.

They could make risky loans, or do dumb trades, or be taken by rogue traders, or lose the confidence of investors, or ruin their reputations and see their businesses dry up. Any of those things would be bad for the bank that did it. And the Fed's job is to prevent banks from doing things that are bad for themselves.

This concern, mentioned above, is also known as "reputational risk." The Fed's job is not only to protect the financial system from itself; it is apparently to protect large banks from any public or political fallout that might occur from one incestuous, ill-thought deal or another.

So reputational risk is just another risk that banks face, and that supervisors are supposed to guard against. Here's a handbook on Large Bank Supervision from the Office of the Comptroller of the Currency – like the Fed, a supervisor of banks – and page 24 covers reputational risk. "The market's or public's perception of the corporate citizenship, mission, culture, and risk tolerance of the bank" is very explicitly the concern of bank supervisors.

This is language that provides a view of bank regulation that is distinctly different than what the average person likely envisions. Regulation is ordinarily portrayed in the popular media as a kind of "policing," but Dudley addressed the issue directly in order to redefine it.

Dudley took issue with Warren's description of regulators as the "cop on the beat," saying the Fed is concerned more with the safety and soundness of the financial system and refers potential crimes to law-enforcement agencies.

Good work if you can get it. It emerges that if you make a mistake as a bank employee or even engage in what most would consider fraud, you have a friend at the Fed. This august body doesn't want you to embarrass yourself and will go to almost any lengths, from what we can tell, to ensure your mistakes are minimized within the public sphere and your transgressions are covered up.

This is the reason so few bankers go to jail – the Fed and to a lesser extent other regulators subscribe to this version of regulation. The main concern is the credibility and solvency of the system. Whether or not wrongdoing occurs within it or is prosecuted is a distinctly secondary issue.

What policing does take place is aimed at low-level offenders, hedge fund managers, etc. The trial and jailing of these individuals does not affect either the credibility or reputation of the larger system.

Regulation doesn't work generally because it is a form of price fixing that distorts markets and can create results that are opposite to those intended. But it should also be noted that when it comes to large-scale institutional regulation and enforcement, there are usually two elements at work.

First, the largest institutions may tend to be protected by regulators, which is a form of "regulatory capture." Second, regulators themselves may partake of various forms of lawlessness as part of an investigatory technique or in order to facilitate behaviors in regulated entities that would otherwise result in penalties or criminal prosecution.

There is almost no chance at the highest levels that the Federal Reserve will "regulate" banks as the public conceives of it. Fed bankers are first and foremost supposed to support the current system, with all of its technocratic elitism and wealth-sapping concentrations of privilege.

But the larger problem is that this is part of regulatory capture at any level. Regulation inevitably empowers the powerful while penalizing entrepreneurial advances. What is most noteworthy about the current exposure of Fed behavior is Dudley's blunt statement regarding the real nature of Fed regulation.

This is certainly an advance in public comprehension – in the sense that Dudley's comments were aired publicly. The next step would be to acknowledge modern regulatory dysfunction and to reintroduce competition as a moderator of power and privilege.

In the meantime, investors and citizens generally should keep in mind that regulation is not what it appears to be. It is first and foremost meant to provide protection for an industry's most powerful players. And that is certainly how regulation functions when it comes to the Fed and its banks.