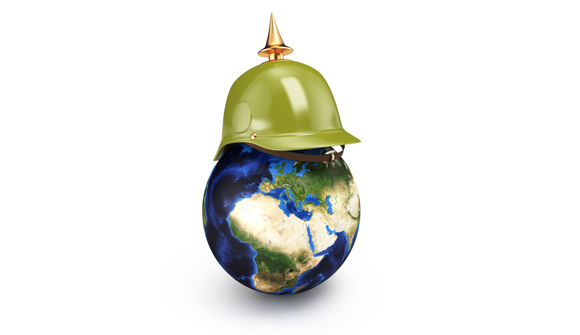 The Israel Lobby and its associated neocon war criminals will block if they can the nuclear energy agreement, worked out by Putin, Iran, and Obama, which has the promise of bringing to an end the US orchestrated crisis over Iran's development of nuclear energy.

As a signatory to the nuclear weapons non-proliferation treaty, which Israel is not, Iran has the right under the treaty to develop nuclear energy. Iran, alone of all the signatories to the treaty, has had its rights under the treaty cancelled by economic sanctions imposed by the US and by the threat of a US military attack.

The nuclear energy agreement that has been reached eliminates any possibility of Iran diverting enriched uranium to a weapons program. Nevertheless Washington warmongers and the Israel Lobby are attempting to block the agreement with the argument that "Iran's leaders cannot be trusted."

The real question, however, is on what basis can Iran possibly trust Washington?

Iran should ask former Soviet president Gorbachev what Washington's word is worth. In exchange for Gorbachev's agreement to the reunification of Germany, Washington promised Gorbachev that NATO would not move one inch to the East and promptly took NATO to Russia's border and is now working to incorporate former parts of the Russian empire into NATO.

Iran should ask Germany, which was coerced into the Versailles Treaty in violation of every promise President Woodrow Wilson made to Germany in exchange for ending World War I. The extensive loss of Germany territory and crippling reparations greedily and thoughtlessly imposed on Germany, whose government most certainly did not start the war, led directly to World War II, also blamed on Germany despite the fact that the war began with Britain's and France's declaration of war on Germany.

Iran should ask the American Indians–the Iroquois, the Cherokee, the Sioux, Cheyenne, Comanche, the Nez Perce, and every other indigenous American people how many treaties Washington kept. In case you don't know the answer, it is zero. Washington did not keep a single treaty it made with Indian tribes. To fully comprehend the total worthlessness of Washington's word, read Ralph K. Andrist's book, The Long Death: The Last Days Of The Plains Indian. No one who reads this book would sign any agreement with Washington.

An agreement with Washington is a prelude to treachery. It puts the signer at ease while Washington prepares the signer's doom. This is the way Washington operates.

Washington already has put in place age limits on forms of health care, and Washington has robbed retirees of their cost-of-living adjustments by concocting a fraudulent measure of the consumer price index. Washington's goal is to privatize the programs, thus producing profits for its financial supporters and prohibitive costs for the elderly, disposable people whom Washington is throwing away.

No one can trust Washington. Least of all the American people.

Throughout history Washington has proven conclusively that its word is not worth the paper it is written on.

Everyone who ever trusted Washington has been betrayed. Possibly there is an exception somewhere, but the betrayals are vast and are sufficient in number to define Washington as the least trusted entity on the earth. No extant entity has broken more agreements than Washington.

Iran should put no trust in an agreement with a government that has never kept its word.

Moreover, in order to get the agreement, Iran had to give up many of its rights that are granted to Iran by the Non-Proliferation Treaty. Alone among the signatories, Iran is discriminated against. Iran had to agree to this humiliation in order to avoid military attack and in order to have economic sanctions removed.

The real importance of the nuclear energy agreement is that Washington was able successfully to use coercion to force Iran to forego its treaty rights in order to avoid military and economic assault.

In other words, the agreement is yet another example of the world accepting Washington's use of force to require sovereign countries to give up their rights. Washington's hegemony has again prevailed.

Judging from the real outcome, the Iran nuclear energy agreement is another defeat for mankind.