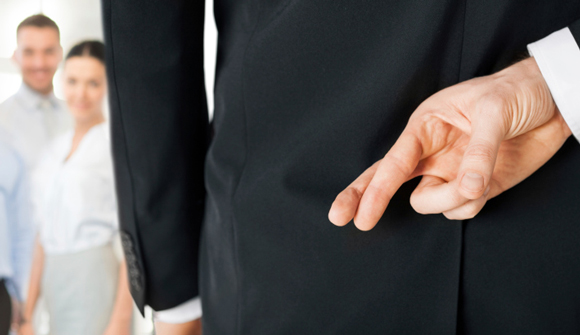 STAFF NEWS & ANALYSIS
If Trump Wants to Fix the ‘Disaster’ of the Pentagon, He Should Clean Up Its Nuclear Lies
By Daily Bell Staff - November 17, 2016

Trump Versus the Pentagon  … On the campaign trail, Trump called the military a “disaster” …  He pledged to vastly increase the sizes of the Army and Marines and to buy scores of new ships and planes.  Does that make sense? – Bloomberg

The American military is many ways a fraud. The idea is that if it were smaller, America itself would somehow be overrun by “enemies.” Do you believe it?

America’s military services, like its intelligence agencies, are actually in the service of London’s banking elite.

The US military is used to reshape the world in order to make it more congenial to one-world government from what we can tell. America’s military power has little if anything to do with actually defending the country.

The Pentagon is rife with corruption. It has recently mislaid something like $8 trillion and has also, obviously, participated in a 9/11 coverup. This is the facility that Trump wants to lavish more trillions on.

Instead of adding regular troops and ships, the military should get granular, focusing on special forces, unmanned technology like drones, cyberdefense, and a naval strategy of “distributed lethality” that emphasizes firepower and self-defense across the current fleet.

The generals will gladly take the additional money he’s promising, but will follow their own priorities.

This is absolutely correct. The Pentagon’s generals will do as they please. They listen to London long before they listen to the White House.

The Pentagon wants trillions for a nuclear upgrade. This is a bad joke. We’ve written numerous articles on how the Pentagon’s nuclear program was fraudulent from the very beginning. You can see some of them here, here and here.

The Pentagon basically only allowed one journalist to cover the creation and completion of the original nuclear program, and that person – a New York Times reporter – was also on the Pentagon payroll.

We’ve even identified the 66 bombers that likely bombed Hiroshima on August 6th (666). The fleet was initially sent to a city near Hiroshima that had already been bombed several times. No, there’s no way those bombers bombed the same city yet again. Those bombers fire-bombed Hiroshima.

Or course the tale of the bombings was not told at the time. Instead, the US military shut down all access in and out of Hiroshima and Nagasaki for a full month. And then both Japan and the US made it a capital offense to talk about the bombings, to say or write anything at all, unless it was approved.

If Trump really wants to create a better and more efficient military, he can start by getting to the bottom of the fakery of the Pentagons’ nuclear program. Parts of the program may indeed be real, but a lot of the narrative surrounding Hiroshima and Nagasaki is false.

Also false are the videos and pictures of nuclear explosions provided to the public by the Pentagon throughout the ‘40s, ‘50s and ‘60s.

The Pentagon has actually admitted that every single one of these presentations was “touched up” by its Hollywood special effects department. And were massive amounts of TNT present at many of these “tests?” Could the Pentagon have been faking some of these explosions?

The Pentagon reports regularly to Congress and the media about its “progress.” But does anyone check what the Pentagon is asserting? Does anyone actually investigate? The Pentagon can’t tell you what it did with $8 trillion but for some reason the words of its generals and others involved in the military-industrial complex are taken at face value.

Conclusion: If Trump really wants to make America’s military more efficient, he could aim a reportorial truth squad to sort through at least a half century of lies and misinformation. That would be a start.