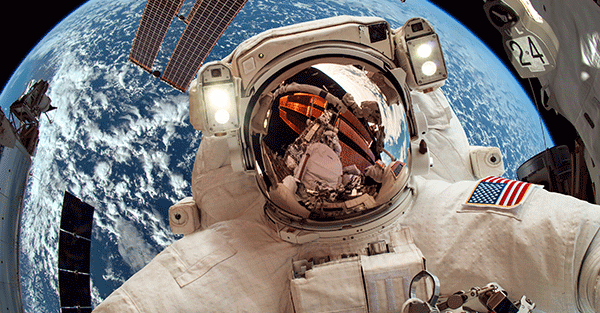 Russia has no plans to deliver US astronauts to ISS after 2018 — US wants ISS program extended through to 2024 —  Russia has no intention of concluding more contracts for delivering US astronauts to the International Space Station after 2018, the deputy chief of the state-run corporation Roscosmos, Sergey Saveliev, has told the media.

Maybe the Russians don’t want to participate anymore because NASA is engaged in too much space-station fakery.

Or maybe there are other issues such as increased US military activity around Russia. Chances are we will never know.

In the modern age, high-tech government programs are almost immune from serious scrutiny.

Governments issue press releases on their accomplishments and reporters and editors dutifully rewrite those releases and publish them.

China’s space program was seen as advancing rapidly before the release of a video that showed bubbles floating in space. Apparently, the space walk in question had actually taken place in a large water-filled pool.

NASA has recently stated space suits shall be equipped with snorkels. This has led to the suggestion that NASA’s space activities take place underwater, as in China.

A slew of Youtube videos purport to show the bubbles. You can see one HERE.

Other NASA space videos analyzed by critics are perplexing as well.

Hair stands on end when it probably shouldn’t. Astronauts turn right at doorways and then surprisingly vanish. Astronaut, Chris Cassidy, accidentally admits he is in the US not on the space station.

Over and over again, when it comes to NASA, there are questions. And not from long ago.

NASA recently released photos taken on Mars. for instance. A squirrel appears in one of them.

It is important to ask questions when it comes to government endeavors. Assume all of them are basically real – still, within them, there may be questionable elements.

When government is not transparent with citizens, trouble begins and builds. Lies beget lies. Bureaucratic noncompliance becomes more entrenched. Distrust expands. This is where we are today.

The beginnings of NASA lie with the German space program. Russia and the US split up captured German rocket engineers that then became the core of two competing programs.

It is even said that the US provided Russia with the better scientists in order to ensure competition.

It is at least feasible that German scientists might have less compunction about telling the US public falsehoods, or exaggerating certain NASA claims.

Even an emphatic narrative can offer uncertainty. For instance, the initial press conference after the first moon landing is bizarre. Neil Armstrong looks like he is facing execution rather than confronting an adulatory press corps.

Armstrong couldn’t remember whether or not he’d seen stars on the moon. The cameras the astronauts used didn’t show any stars in photos brought back  to earth. And an extraordinary number of photos were taken, all of remarkable quality.

Only a few years ago, a piece of petrified wood was found among “space rocks” in a Dutch museum. The “rock” in question was provided, initially, by the US State Dept.

There are non moon-related questions as well that perplex observers.

Astronaut Gus Grissom was a determined critic of NASA whose life ended when he burned to death in an Apollo 1 capsule. His son has accused NASA of murder.

Thomas Baron was a quality control and safety inspector who reportedly wrote a 500 page report on the  Apollo 1 fire. He was killed with his wife and children while trying to cross train tracks near home and his report has vanished.

And then there is the US nuclear program. We’ve recently raised questions about the world’s nuclear programs. You can see our most recent article HERE.

Whether Hiroshima or Nagasaki were actually subject to atomic bombings, there are certainly  questions that remain.

Announcements are regularly made about countries with nuclear programs – and how these programs are being expanded and reconfigured.

But the announcements are often the only news that exists. Little additional reporting takes place.

We may never know the true reason the Russians want to cease cooperation with the US on the space station. Currently, they are said to provide the sole means of delivery to the ISS via the Soyuz spacecraft.

Now the US will have to substitute one of its own new generation of manned space vehicles. No doubt this will give rise to a new wave of speculation about both the ISS and US space technology.

Conclusion: It would be better if the mainstream media made a better effort to determine what was true and what was not when it came to both NASA announcements and nuclear testing. Even if one wants to “trust” government, verification is most important.